Alcohol warning for the church! 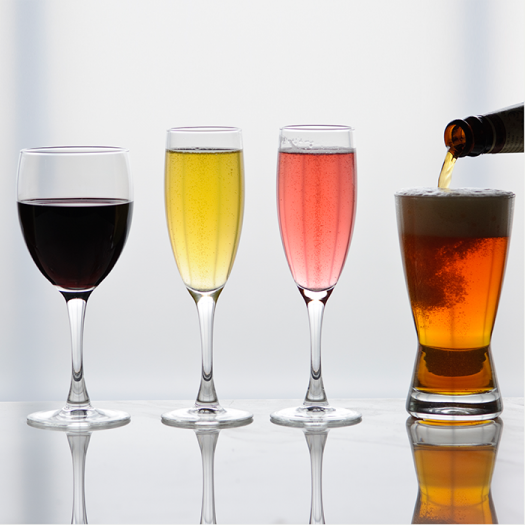 Just look at the image above. To you right now it might look harmless, attractive even.

From a Christian perspective, what do you see in this image? What emotions or feelings does it prompt?

Do you think of meeting with other Christians or perhaps think of 'relaxing over a glass of wine or a bottle of beer' as you meet together?

Dear reader, if you are a Christian and you are already feeling uncomfortable, provoked in some way or perhaps even angry at where this article is going; please read on.

I am only going to share some information from the bible and from published Government Statistics relating to alcohol, that's all.

The Reformers and Alcohol 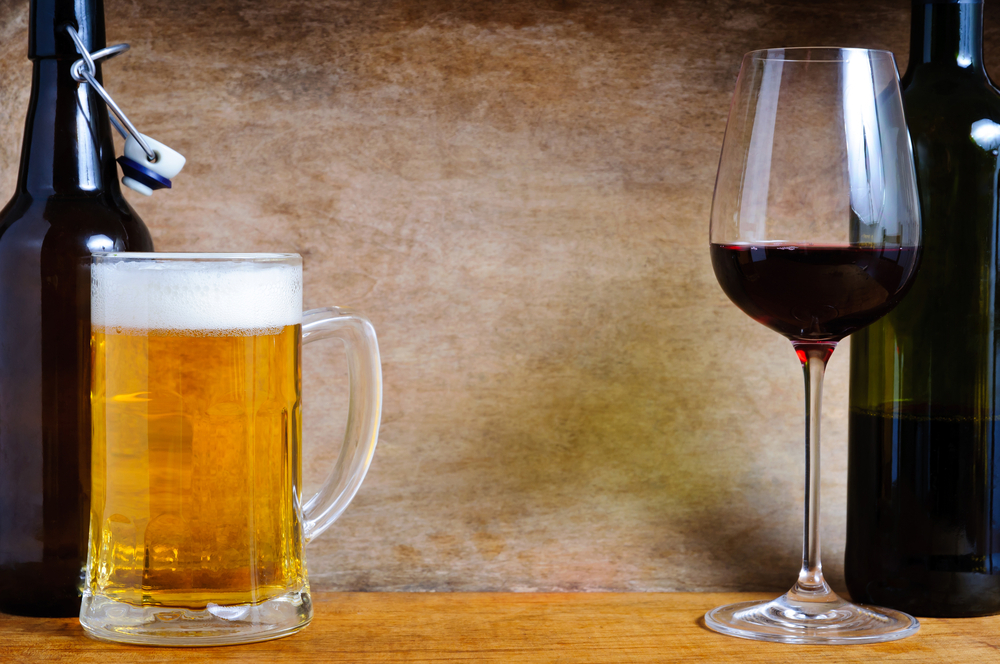 It is only a matter of a few decades ago that draft, bottled or canned alcohol would never have touched the lips of a Christian. The very suggestion of drinking alcohol would have been shunned.

The mighty gospel preachers of the Reformation period and the Great Awakenings actively preached against the demon bottle!

It is a modern day phenomenon that many Christians indulge in alcohol with ease and comfort. Sections of the church actually condone it and lead by example in their open promotion of 'relaxing over a bottle of wine.'

In stark contrast to this; many of the reformers and martyrs that are listed on this page would have frowned upon the casual attitude that many Christians adopt towards alcohol.

There appears to be a lack of awareness of the associated dangers to the testimony of the individual and the church.

Let’s look back to the events surrounding two of the early Patriarchs, Noah and Lot; and consider the dreadful outcome of their careless encounters with alcohol. 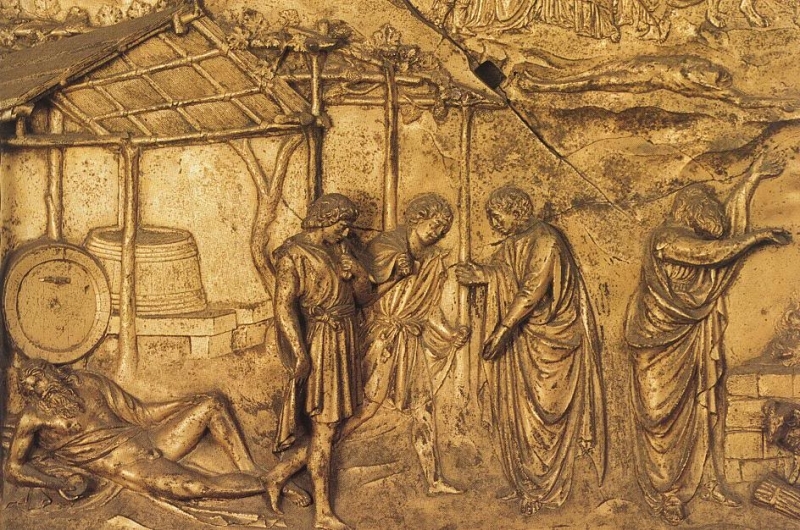 If it happened to Noah...

Noah, a man of the soil, proceeded to plant a vineyard. When he drank some of its wine, he became drunk and lay uncovered in his tent.

When Noah awoke from his wine and found out what his youngest son had done to him, he said, “Cursed be Canaan! The lowest of slaves will he be to his brothers.”

The flood had just taken place; the world and humanity were in the early stages of recovery. God’s righteous judgement against man’s sin and stubborn rebellion had been meted out.

Millions of men, women and children had perished in the catastrophic deluge. The animal kingdom was all but wiped out, except for the remnant that had been kept alive in the ark.

This in turn led to a bad situation and a further judgement pronounced by God.

The bottom line is this; Noah (and his family!) became exposed to evil and sexual sin because he drank too much wine. He was inebriated so to speak.

A casual attitude towards alcohol can lead to you becoming a casualty! 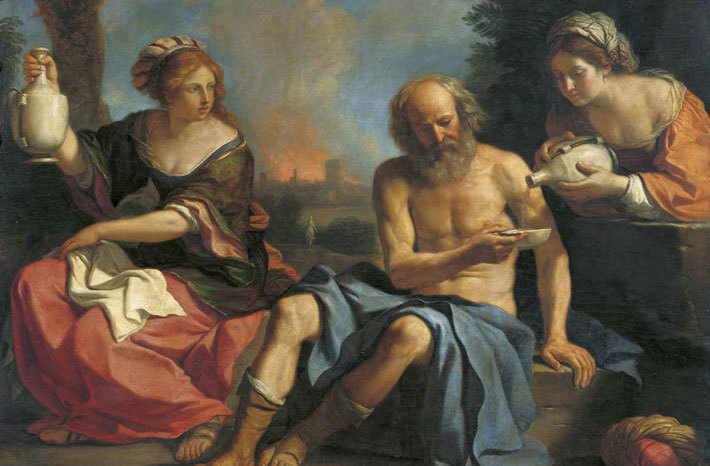 If it happened to Lot...

We know from the Genesis 5 genealogy that Noah was still alive when Abraham was born. We also know that Lot was Abraham’s nephew.

Therefore, we can safely deduce that the account of the destruction of Sodom and Gomorrah happened within a relatively short period of time from the flood.

It was within living memory of Noah - that is for sure.

Let’s get our father to drink wine and then lie with him and preserve our family line through our father.

Genesis chapter 19 gives the account of the destruction of Sodom and Gomorrah; it also outlines the immoral and wicked actions of Lot’s two daughters in their vile attempt to preserve their family line.

We need to give due consideration to these two young women who spent their formative years in the wicked city of Sodom. Day after day they had been exposed to the wicked sin of homosexuality that was rampant in the city.

The poor girls had little sense of personal dignity and purity and their moral barometer was not calibrated by the lives of Godly people. Sadly, they were influenced by a culture of wickedness that was soon to come under the judgement of a Holy God.

If we fail to heed the warnings contained in the above examples of Noah and Lot, our condemnation is deserved. The lure and desire of alcohol is real and it has caused the ruin of many a man and woman.

Alcohol abuse has also caused the breakup of many a marriage and family. Strangely enough, the particular type of alcohol in both of the cited examples was wine, not beer or other stronger fermented drinks such as spirits.

In the modern day church the consumption of wine in particular is widespread and threatens the testimony of the church.

A careful study of Romans 14 and 1 Corinthians 8 should settle the matter as far as the individual Christian conscience is concerned.

For Christ died for our sins once for all, the righteous for the unrighteous, to bring you to God.

He was put to death in the body but made alive by the Spirit, through whom he also went and preached to the spirits in prison who disobeyed long ago when God waited patiently in the days of Noah while the ark was being built.

In it only a few people, eight in all, were saved through water,...

Be self-controlled and alert. Your enemy the devil prowls around like a roaring lion looking for someone to devour.

Satan, the devil, was behind the original fall of man in the Garden of Eden.

Satan also played his part in the degeneration of humanity into the wickedness and sin that brought about the flood.

Satan was behind the sexual immorality that invited the judgement of Sodom and Gomorrah.

I have no doubt that Satan is orchestrating the growing prevalence of ‘binge drinking’ that dominates the social lives of young people throughout the UK and Ireland.

I also have no doubt that Satan is lurking behind the modern day trend of the 'drinking culture' that is sweeping through sections of the modern day church.

“18 Do not get drunk on wine, which leads to debauchery. Instead, be filled with the Spirit...!

21 It is better not to eat meat or drink wine or to do anything else that will cause your brother or sister to fall.

9 Be careful, however, that the exercise of your rights does not become a stumbling block to the weak.

10 For if someone with a weak conscience sees you, with all your knowledge, eating in an idolʼs temple, wonʼt that person be emboldened to eat what is sacrificed to idols?

11 So this weak brother or sister, for whom Christ died, is destroyed by your knowledge.

13 Therefore, if what I eat causes my brother or sister to fall into sin, I will never eat meat again, so that I will not cause them to fall.

The above New Testament passages of Scripture make it clear;

UK law states that a person is unfit to drive a car or operate machinery when they have consumed in excess of 1.5 measures of alcohol.

This is because it has been scientifically proved and practically demonstrated that any consumption above this level affects our physical and mental ability.

How then, can we Christians operate effectively within the spiritual realm if we 'play' with alcohol?

In an attempt to defend the casual consumption of alcohol, I have heard Christians say that in bible times everyone had to drink wine because the water was not safe to drink.

This view is not consistent with the biblical record as the following scriptures will testify:

4 As long as they remain under their Nazirite vow, they must not eat anything that comes from the grapevine, not even the seeds or skins.

5 Yet the Lord says, “During the forty years that I led you through the wilderness, your clothes did not wear out, nor did the sandals on your feet.

6 You ate no bread and drank no wine or other fermented drink. I did this so that you might know that I am the Lord your God.”

5 So he came to a town in Samaria called Sychar, near the plot of ground Jacob had given to his son Joseph.

6 Jacob’s well was there, and Jesus, tired as he was from the journey, sat down by the well. It was about noon.
7 When a Samaritan woman came to draw water, Jesus said to her, “Will you give me a drink?”

Perhaps no better or more comprehensive example can be cited than the Rekabites as outlined in Jeremiah chapter 35. This extended family of nomads lived for generations with the specific practice of abstinence from alcohol.

God used this family as a prime example of obedience in Jeremiah's warning to those living in Jerusalem under siege by Nebuchadnezzar in 600 - 590 BC. 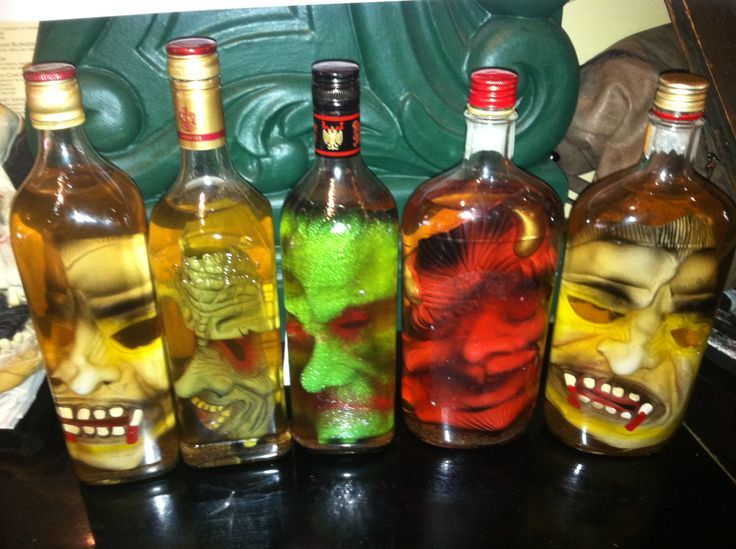 Alcohol abuse is widespread in the UK as illustrated below. Excerpts from ‘HSCIC’

Deaths related to alcohol consumption; Alcohol misuse can be directly related to deaths from certain types of disease, such as cirrhosis of the liver, and in some cases, may be associated with other causes of death, such as strokes.

The Alcohol Harm Reduction Strategy for England set out the then government’s strategy for tackling the harms and costs of alcohol misuse in England.

A follow up report was published in 2007 titled: Safe. Sensible. Social. The estimated cost of alcohol harm to society is £21 billion per year.

Information on estimated cost to the NHS of alcohol misuse shows that it costs £3.5 billion every year, which is equal to £120 for every taxpayer. 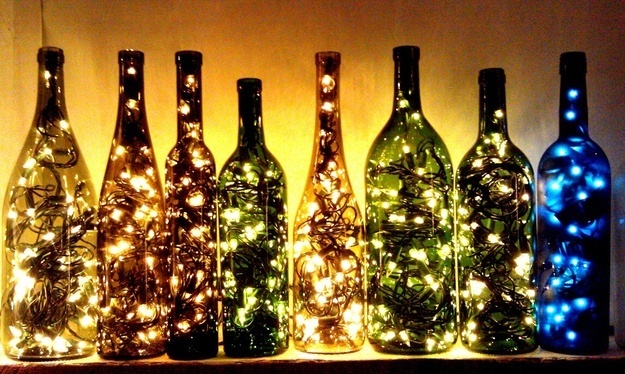 The devil is a schemer; over the centuries he has developed a nasty craft in making sin attractive. He dresses sin up to appear to be harmless but there is always a sting in the tail.

The above statistics are recorded by an official government agency and are not based on a Christian perspective, and yet they contain a dire warning!

I find it shocking that a secular view on alcohol can be more sobering – no pun intended - than a Christian testimony.

We have already stated on the 'Fall of Man' page;

Indulge me for a moment.

Just imagine that someone who you really trust and respect asked you to give up drinking alcohol. Really give it up. Yes, never drink any alcohol for the rest of your life.

If you find this suggestion a difficult challenge or even insurmountable, then be advised, you are in a dangerous place.

We will do well to heed the warnings from the lives of Noah and Lot who succumbed to the lure of alcohol.

Their dangerous encounters with alcohol happened in the days just following the dreadful judgement of God.