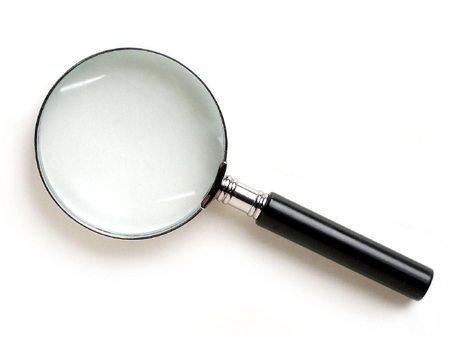 He is an intellectual giant and a humble servant of Christ. I say this with no hint of flattery and no fear of contradiction. I highly recommend reading his books; I have little doubt that you will be impressed by his insight and intellectual ability.

I have been particularly impressed by his ability to stave off malicious attacks from the likes of Richard Dawkins and the 'New Atheists'.

These are some of the books written by Professor John C Lennox:

Seven Days that Divide the World – The Beginning according to Genesis and Science.

Gunning for God – Why the New Atheists are missing the target.

Against the Flow – The inspiration of Daniel in an age of Relativism.

However, in light of my own holistic and systematic reading of scripture, I find I have to disagree with some of his suggestions of what might have unfolded during the creation week in Genesis chapter one.

Professor Lennox suggests that there might be extended time gaps between Genesis 1 v 1&2 and also between the successive days of creation.

I quote from his book titled:

‘SEVEN DAYS THAT DIVIDE THE WORLD’.

Start quote; 'This implies “the beginning” of Genesis 1:1 did not necessarily take place on day 1 as is frequently assumed. The initial creation took place before day 1, but Genesis does not tell us how long before.'

In contrast to this view, I cite the following Scriptures:

“Haven’t you read, that at the beginning the creator made them male and female.”

“But at the beginning of creation God made them male and female.”

"Therefore this generation will be held responsible for the blood of all the prophets that has been shed since the beginning of the world, from the blood of Abel to the blood of Zechariah, who was killed between the altar and the sanctuary."

I suggest that these New Testament quotations from the Lord Jesus rule out any gap between Genesis 1 v 1&2. According to Jesus, man was made at the beginning of creation, not tens of thousands or millions of years after the beginning.

There is a critical issue at stake here; according to scripture there is only one beginning with reference to creation. This particular observation supports the view of six literal 24 hour days in the creation week.

It seems apparent that the Lord Jesus makes no distinction between the initial act of creation in Genesis 1 v 1 and the subsequent days of creation as outlined in the creation week in the following text of Genesis chapter 1.

"In the beginning you laid the foundations of the earth..."

"Haven't you read, he replied, that at the beginning the creator made them male and female..."

"But at the beginning of creation God made them male and female."

"In the beginning, Lord, you laid the foundations of the earth..."

"This grace was given us in Christ Jesus before the beginning of time..."

"...in the hope of eternal life, which God, who does not lie, promised before the beginning of time..."

The above scriptures all refer to 'the' beginning and it seems to me that there is only one beginning - not two!

Start quote; 'However, there is another possibility: that the writer did not intend us to think of the first six days as days of a single earth week, but rather as a sequence of six creation days; that is, days of normal length (with evenings and mornings as the text says) in which God acted to create something new, but days that might well have been separated by long periods of time.'

'We have already seen that Genesis separates the initial creation, “the beginning” from the sequence of days. What we are now suggesting in addition is that the individual days might well have been separated from one another by unspecified periods of time.' End quote.

On the question of gaps

We have observed that evening and morning were made possible on Day 1 to Day 3 by the earth rotating in relation to the light source created on Day 1; "Let there be light".

If there is an extended time gap between Day 3 (vegetation is created) and Day 4 (the Sun and Moon are created - and are probably representative of the Solar System).

How can vegetation (Day 3) grow and thrive without the necessary annual cycles of seasons and years. These annual cycles commenced on Day 4 when the Solar System was created! There can be no extended time gap between Day 3 and Day 4.

What would be the point in having all this vegetation and food for just the birds (Day 5) with no animals or people (Day 6) to eat it if there were extended time gaps between the Days of the creation week? There can be no extended time gap between Day 5 and Day 6!

'Adam was commanded to rule over the birds of the air, the fish of the sea, and all the creatures that move along the ground.'

How could Adam rule over the birds of the air and the fish of the sea that were created on Day 5 if there was an extended time gap between Day 5 and Day 6?

Answer - Based on the above observations it is difficult to imagine any gaps between the days of the creation week. The natural flow of the text in Genesis chapter 1 lends itself more readily to a creation week consisting of six literal 24 hour days.

It seems that science wants to demand a very long time for the universe to form, but the bible allows no such time frame. The above scriptures clearly state that man was made at the beginning of creation; not millions of years after it all started.

I can see two major issues with the suggestion of unspecified periods of time between the days of creation:

First: The moon and the sun, the governing lights, were created and commissioned on Day 4. Therefore from Day 4 onward, it is not possible to talk about unspecified periods of time.

Time as we know it, is inseparably linked to, and measured by, the movement of the moon and the earth in relation to the sun within our Solar System.

On reflection this notion could be considered to be inconsistent and incoherent.

Second: From Day 1 onward, we have suggested that time was set in motion by the earth rotating on its own axis in relation to a temporary light source when God said, 'Let there be light'.

The mechanism for measuring years was set in place on Day 4 – with the moon (lesser light) orbiting the earth and the earth orbiting the Sun (the greater light).

It follows that Professor Lennox's suggestion of 'unspecified' periods of time between the days of creation, in this respect is irrational. Time in this sense is actually a feature of our Solar System and might not even be relevant beyond it.

It seems that science wants to demand a very long period of time for the universe to form, but the bible allows no such time frame.

Start quote; 'We are considering the idea that the six days encompass a sequence of creation acts, each of which involved at least one creative fiat introduced by the phrase “And God said.” This helps us understand what the New Testament means by saying that all things were made by the word of God.'

'At each stage of creation God injected a new level of information and energy into the cosmos, in order to advance creation to its next level of form and complexity.'

'On this view, therefore, the six creation days themselves could well have been days of normal length, spaced out at intervals over the entire period of time that God took to complete his work. The outworking of the potential of each creative fiat would occupy a period of time after that particular creation day.' End quote.

In variance to this view, and as we have already stated; on Day 4 we understand how God established time within our Solar System, specifically as governed by the moon and the sun.

The motion of the planets within our Solar System commenced on Day 1 and Day 4. Time, as we know it, was created.

It is difficult to imagine any unspecified periods of time between the days of creation because God had already established time. Time was set in motion and would govern and regulate our solar system as it has done from the creation week until now.

Let's consider again the statements of the Lord Jesus:

According to these statements made by the Lord Jesus, it is very difficult to contemplate any extended ‘time gaps’ in Genesis 1 v 1-2 or anywhere in the creation week for that matter.

We have already discussed on the Creation Page - Creation Week: Day 1-5 / Is the age of the universe indeterminate.....

Based on the above scriptures, I have asked myself this critical question;

a) What specific stage in the creation process was the Lord Jesus referring to when he made the above statements in Matthew 19 v 4 and Mark 10 v 6?

The answer seems obvious; he was referring to Day 6 in the creation week.

b) How can Jesus say that male and female were created at the beginning of creation if there is an extended time gap of millions or billions of years between Genesis 1 v 1&2?

The answer seems obvious; according to the Lord Jesus, who was present and active in creation, there appears to be no such gap.

c) How can Jesus say that male and female were created at the beginning of creation if there are extended time gaps between the successive days of creation?

Again, the answer seems obvious; according to the Lord Jesus, who was present and active in creation, there is no suggestion whatsoever of any such gaps. I am tempted to say - He knows, he was there.

I would suggest that man was made at the beginning of creation; not millions of years after it all started. It would therefore seem that according to Jesus, there are no extended ‘time gaps’ in Genesis 1 v 1-2 or anywhere in the creation week.

When they heard this, they raised their voices together in prayer to God. “Sovereign Lord,” they said, “you made the heavens and the earth and the sea, and everything in them.

15 “Friends, why are you doing this? We too are only human, like you. We are bringing you good news, telling you to turn from these worthless things to the living God, who made the heavens and the earth and the sea and everything in them.

On the creation page we developed the idea of flow and progression within the creation week. The above verses support this theme.

In every country in the world we live our lives in a perpetual cycle of days and weeks and months and years.

This cycle was designed and established and commissioned by God in the first week of creation and the entire world has been living in this cycle ever since.