Christ is Unique – His Wisdom 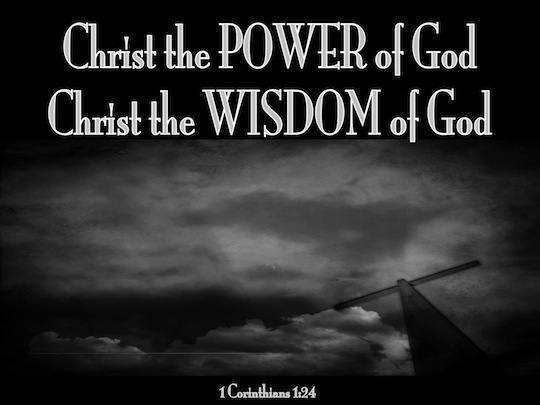 Jesus silences the chief priests on the subject of - His Identity

12 Jesus entered the temple courts and drove out all who were buying and selling there. He overturned the tables of the money changers and the benches of those selling doves.

14 The blind and the lame came to him at the temple, and he healed them. 15 But when the chief priests and the teachers of the law saw the wonderful things he did and the children shouting in the temple courts, “Hosanna to the Son of David,” they were indignant.

16 “Do you hear what these children are saying?” they asked him. “Yes,” replied Jesus, “have you never read, “‘From the lips of children and infants you, Lord, have called forth your praise’?”

17 And he left them and went out of the city to Bethany, where he spent the night.

Jesus silences the chief priests on the subject of - His Authority

23 Jesus entered the temple courts, and, while he was teaching, the chief priests and the elders of the people came to him. “By what authority are you doing these things?” they asked. “And who gave you this authority?”

24 Jesus replied, “I will also ask you one question. If you answer me, I will tell you by what authority I am doing these things. 25 John’s baptism,—where did it come from? Was it from heaven, or of human origin?”

They discussed it among themselves and said, “If we say, ‘From heaven,’ he will ask, ‘Then why didn’t you believe him?’

26 But if we say, ‘Of human origin’—we are afraid of the people, for they all hold that John was a prophet.” 27 So they answered Jesus, “We don’t know.”

Then he said, “Neither will I tell you by what authority I am doing these things.

15 Then the Pharisees went out and laid plans to trap him in his words.

16 They sent their disciples to him along with the Herodians. “Teacher,” they said, “we know that you are a man of integrity and that you teach the way of God in accordance with the truth. You aren’t swayed by others, because you pay no attention to who they are.

17 Tell us then, what is your opinion? Is it right to pay the imperial tax to Caesar or not?”

18 But Jesus, knowing their evil intent, said, “You hypocrites, why are you trying to trap me?

19 Show me the coin used for paying the tax.” They brought him a denarius, 20 and he asked them, “Whose image is this? And whose inscription?” 21 “Caesar’s,” they replied.

Then he said to them, “So give back to Caesar what is Caesar’s, and to God what is God’s.”

22 When they heard this, they were amazed. So they left him and went away.

In case you miss the point of what Jesus was saying to the Pharisees's; Man was made in God's image and likeness, so, just as the Roman coin had Caesar's likeness and it was given back to Caesar, so too, we are called to give our lives back to God in submission to His will.

23 That same day the Sadducees, who say there is no resurrection, came to him with a question.

24 “Teacher,” they said, “Moses told us that if a man dies without having children, his brother must marry the widow and raise up offspring for him.

25 Now there were seven brothers among us. The first one married and died, and since he had no children, he left his wife to his brother. 26 The same thing happened to the second and third brother, right on down to the seventh.

27 Finally, the woman died. 28 Now then, at the resurrection, whose wife will she be of the seven, since all of them were married to her?”

29 Jesus replied, “You are in error because you do not know the Scriptures or the power of God.

30 At the resurrection people will neither marry nor be given in marriage; they will be like the angels in heaven.

33 When the crowds heard this, they were astonished at his teaching.

'Have you not read?'

Jesus asked a critical question, "Have you not read?" Many wrong notions and false ideas or teachings have been spread across the world, even within Christendom, because men have not read or correctly understood the Scriptures.

Jesus put this question to the religious leaders in Israel, they should have known better.

There was another issue that Jesus wanted to uncover; it was not just the ignorance of the Jewish leaders insofar as they had seemingly 'not read' or 'not understood' the Scriptures, it was much more fundamental, they didn't want to know or understand the truth!

They were set in their ways, they had become arrogant and proud. Jesus was challenging their authority and they were becoming more and more uncomfortable.

As awful as it sounds, they wanted to shut him up! Eventually they would have their way. Christ was handed over to Pilate - the King of Glory, veiled in flesh - was crucified.

Far from being 'shut up', Christ died for the ungodly, He was raised from the dead through the power of God, He ascended into heaven and is seated at the right hand of God the Father.

He intercedes for us, and He will come again to receive His Church! In a future day He will reign for 1000 years on this earth where once He was despised and rejected.

He will reign throughout all eternity as God the Son, the redeemer of mankind. Hallelujah! What a Saviour!