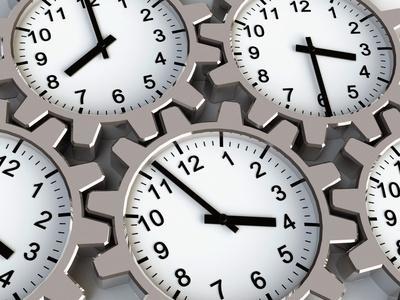 How and when time was created

No, we speak of God's secret wisdom, a wisdom that has been hidden and that God has destined for our glory before time began.

TIME had a beginning!

He has saved us and called us to a holy life—not because of anything we have done but because of his own purpose and grace. This grace was given us in Christ Jesus before the beginning of time...

In the hope of eternal life, which God, who does not lie, promised before the beginning of time...

Before creation God existed independent of time, space and matter. There was a time when there was no time, if that makes sense.

It seems to me that when God created time, he created it through motion. Therefore we could reasonably deduce that ‘time on earth’ is measured by that motion. This is ultimately governed by the following identifiable motions;

First, the earth rotates on its own axis and this determines time in terms of 24 hour days. This motion commenced on Day 1 of the creation week (Genesis 1 v 3).

Then, the moon orbits the earth and this determines time in terms of months. This motion commenced on Day 4 of the creation week (Genesis 1 v 14).

Finally, earth and its moon orbit the sun and this determines time in terms of years - consisting of *365 days. This motion also commenced on Day 4. Time, as we know it, was created.

*Actually it takes 365.25 days for earth to orbit the sun; this is why we have a 'leap year' every 4 years to re-align with God's Solar clock!

The motion of the hands on a watch or clock determines hours, minutes and seconds. In all of the above instances it is motion that determines time. Therefore, it is difficult to determine time without motion.

Interestingly, according to archaeology, one of the oldest clocks to be found is an Egyptian 'shadow clock' which displays time in terms of a shadow moving on steps. Time in this case was measured directly from the shadow cast by the sun on a [*static] object, and so time was measured from the original source of the sun.

[*static] The steps were relatively static, humanly speaking, not actually static in the context of earth's movement within the Solar System.

The two great lights, the sun and the moon, were created and set in place on Day 4 (Genesis 1 v 16). Therefore, from Day 4 onward, these lights determined time as we know it through the motion of earth and the moon in relation to the sun within our solar system.

How was evening and morning made possible before day 4 when the sun and moon were created?

The answer is simple; when God said "Let there be light" Gen 1 v 3, He set the earth in motion, rotating on its axis. The light that was created on day 1 of the creation week caused evening and morning to occur as the earth rotated on its axis in relation to this light source.

We also observe that the Spirit of God was 'hovering' over the waters (Gen 1 v 2). This maintained order over the chaos until the gravitational forces of the Solar System were activated on Day 4 of the creation week.

It follows then, that time was measured by the earth’s rotation relative to this light source, and this determined evening and morning on Days 1-3. From day 4 onward the Solar System was formed; time as we know it began.

It is this interpretation of how and when time began which insists that creation took place within six literal 24 hour days. All across the modern world, in every country, we live our lives by calendar days, weeks, months and years as governed by the two greater lights – the Sun and Moon.

The seven day week was instituted at creation and we still observe it today. There is no other explanation from antiquity to explain the universal adherence to the seven day weekly cycle.

Then I saw “a new heaven and a new earth,” for the first heaven and the first earth had passed away, and there was no longer any sea.

There will be no more night. They will not need the light of a lamp or the light of the sun, for the Lord God will give them light. And they will reign for ever and ever.

We envisage time coming to an end as;

The new earth might not rotate on its axis because there is no more night.

There is no longer any sea – no moon is required to regulate tides.

The sun is no more – its light is not needed because Christ is the light.

In Revelation 21 v 15-17, we read about the dimensions of the New City of Jerusalem that comes down from heaven to the new earth. It can only be described as ‘other worldly’. It has a form of architecture and construction that we are just not familiar with.

It is the shape of a perfect cube and is described as being 12,000 stadia wide and long and high. This equates to circa 1,500 miles long and wide and high. A construction of these proportions would not be possible on this earth. Our new eternal home is going to be ‘out of this world’ – literally!

However, as it is written: “No eye has seen, no ear has heard, no mind has conceived”— what God has prepared for those who love him”— 10 but God has revealed to us by his Spirit. The Spirit searches all things, even the deep things of God.

Just as it is by faith that we understand that the universe was formed at God’s command; it is only through faith that we can anticipate the things that God has prepared for those who love him.

From the literal dimensions of the New Jerusalem that God has graciously given us in his word, it would seem obvious that the new earth is much larger than the present earth. And why not? 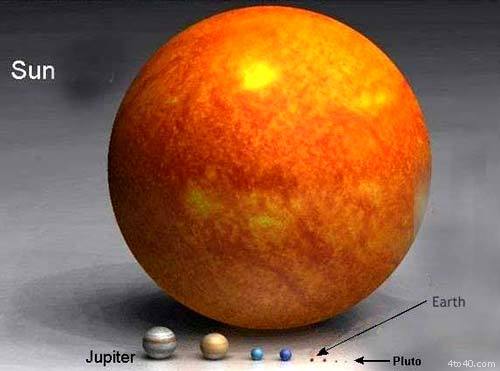 Read more: The Final Judgement and Eternity - What will Heaven look like?