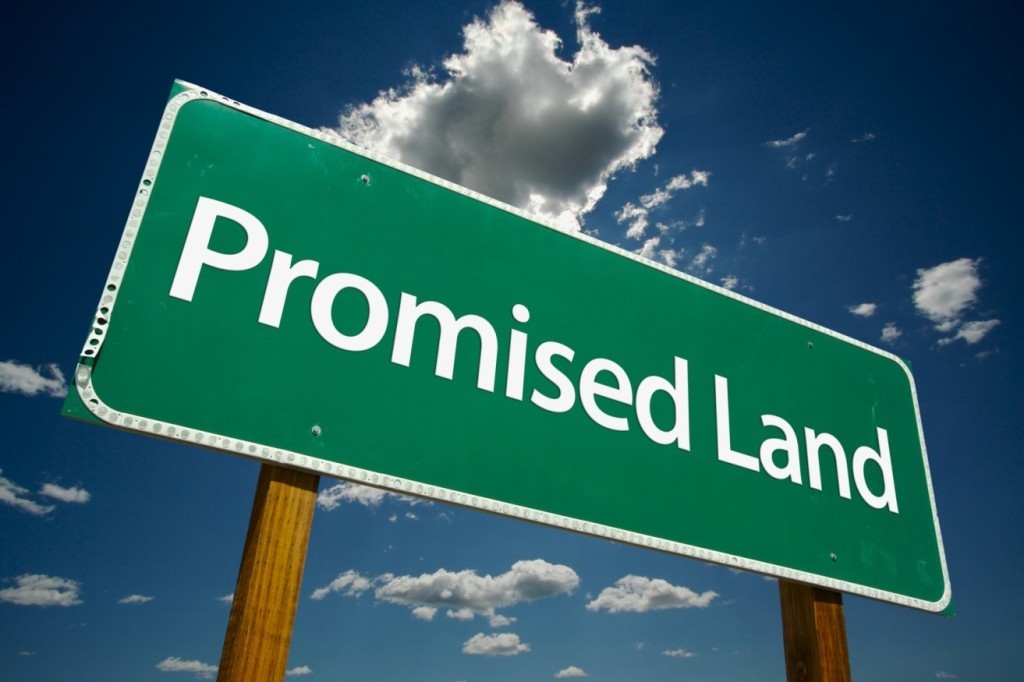 A sketch of Israel’s history

Right at the start of this period of history from 1400 to 590 BC we witness Israel crossing the Jordan and taking possession of the Promised Land over a period of circa 7-14 years as outlined in the book of Joshua.

The book of Joshua

The book of Joshua picks the story up after the 40 years in the desert and after the death of Moses.

It gives an account of Israel crossing the Jordan under the new leadership of Joshua who had been Moses aide. It tells us how the Israelites conquered the land and how the land was allotted to the twelve tribes.

The book of Judges

Long after the deaths of Moses and Joshua, when the nation was established in their new land, God would give them a succession of Judges to lead and govern them. These Judges included: Othniel, Ehud, Shamgar, Deborah, Gideon etc.

Then we end the period of the Judges with Samson. This period in Israel’s history lasted some 300 years and gives the sad account of how frequently and easily the nation of Israel would backslide in stubborn rebellion against God’s commands.

Do not be misled, “Bad company corrupts good character.”

The nation of Israel was commanded by God to destroy the nations that they conquered in Canaan.

Israel fell short of this command; they allowed survivors to dwell with them and these survivors became a source of stumbling and contamination to the Law which God had given to Israel.

Once again the ancient deceiver would question the authority of God. He would put doubts into the hearts and minds of God’s people by questioning – Did God literally say that you are to destroy these nations completely?

Remember the same question in the Garden of Eden: “Did God really say?”

Here, in the book of Judges, we can see the early signs of a nation that would rebel against God and his Law. They were aptly described by God as ‘stiff necked’. Yet they were his chosen people.

These books outline the period of Israel’s Kings and Prophets from the time of Samuel – 1120 BC to the Exile circa 590 BC.

Israel asks for a King 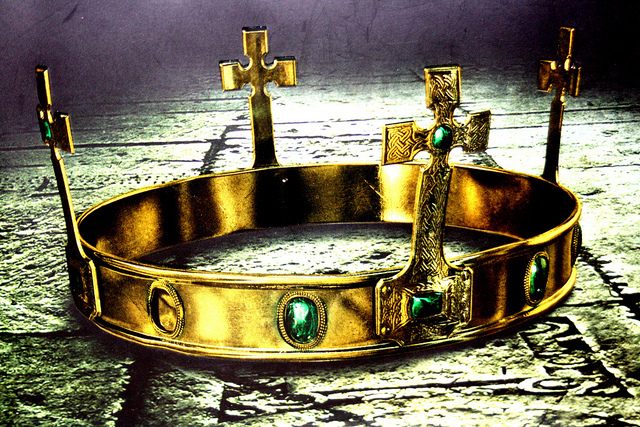 1 When Samuel grew old, he appointed his sons as Israel’s leaders. 2 The name of his firstborn was Joel and the name of his second was Abijah, and they served at Beersheba. 3 But his sons did not follow his ways. They turned aside after dishonest gain and accepted bribes and perverted justice.

4 So all the elders of Israel gathered together and came to Samuel at Ramah. 5 They said to him, “You are old, and your sons do not follow your ways; now appoint a king to lead us, such as all the other nations have.”

6 But when they said, “Give us a king to lead us,” this displeased Samuel; so he prayed to the Lord. 7 And the Lord told him: “Listen to all that the people are saying to you; it is not you they have rejected, but they have rejected me as their king. 8 As they have done from the day I brought them up out of Egypt until this day, forsaking me and serving other gods, so they are doing to you.

9 Now listen to them; but warn them solemnly and let them know what the king who will reign over them will claim as his rights.”

When the nation of Israel was settled in the land of Canaan, Samuel was the leading light as a judge and prophet of God. Then the people asked for a king because they wanted to be like the surrounding nations.

They had lost sight of the fact that God had been dwelling in their midst for forty years in the desert in the Tabernacle. Now they had inherited a more permanent residence in Canaan.

Now they lived in brick houses, not tents. Now they had walled cities, not a desert. Now they had farmland, wheat fields and olive groves.

The story continues as Samuel anoints Saul as Israel’s first king. During this time the Philistines still feature as an enemy of Israel. This provides the opportunity for David to come to prominence and Samuel eventually anoints David as king in place of the rejected Saul.

The friction between Saul and David continues until the untimely and tragic death of Saul and his son Jonathan. 1 Samuel 31

1 Kings gives the account of Solomon inheriting the throne and the kingdom from his father David. We read of Solomon building the Temple as a more permanent and suitable residence for God replacing the tent of the Tabernacle.

The new Temple is magnificent, no expense is spared. Solomon enjoyed peace and prosperity as all of Israel’s enemies are finally subdued. This would be called ‘The Golden Age’.

Once again, God was dwelling in the midst of his people, the Law was being adhered to, the Temple system of sacrifice and atonement for sin was being practiced and the God of Israel was exalted among the nations.

It was only a matter of time before the nation would once again be in revolt against God and his demanding standards set by the Law and its’ extended regulations. 2 Kings gives the account of the divided kingdom which happened after the death of Solomon.

We read of the tragic account of a succession of good kings and bad kings. Some of these kings sought God and obeyed his Law, others rebelled against God, throwing off the yoke of the Law and replacing the worship of Israel’s God with the worship of the idols which were remnants of the nations which they were told to expel.

1 & 2 Chronicles give us a line by line chronological account of the kings of the two divided kingdoms of Israel and Judah.

It is interesting that the first word in the book of 1 Chronicles is – Adam - see 1 v 1. King Solomon and his father King David traced their ancestry back in time through; Adam, Noah, Abraham, Isaac and Jacob.

The sad state of affairs that is recorded in the books of Chronicles can be traced back to Genesis. It is traced back to Adam through the genealogical records. Sadly, as time would tell; the divided kingdom would completely fail and end in the twin deportations of Israel to Assyria - 720 BC and Judah to Babylon - 590 BC.

“..then hear from heaven, your dwelling place, and do whatever the foreigner asks of you, so that all the peoples of the earth may know your name and fear you, as do your own people Israel, and may know that this house I have built bears your name.”

Here we see the thread continuing through the Kingdom of Israel. God’s purpose for the Nation of Israel was not to keep God as a secret or to keep God to themselves. No! God’s purpose was for Israel to be a light for the nations around them in order to lead others to the knowledge of God and a relationship with God.

For my eyes have seen your salvation, which you have prepared in the sight of all the people, a light for revelation to the Gentiles and for glory to your people Israel.

God had repeatedly expressed his will to bring all nations to himself, but not on any terms, it had to be on his terms as defined by the example of his people Israel through the Law and the Tabernacle. 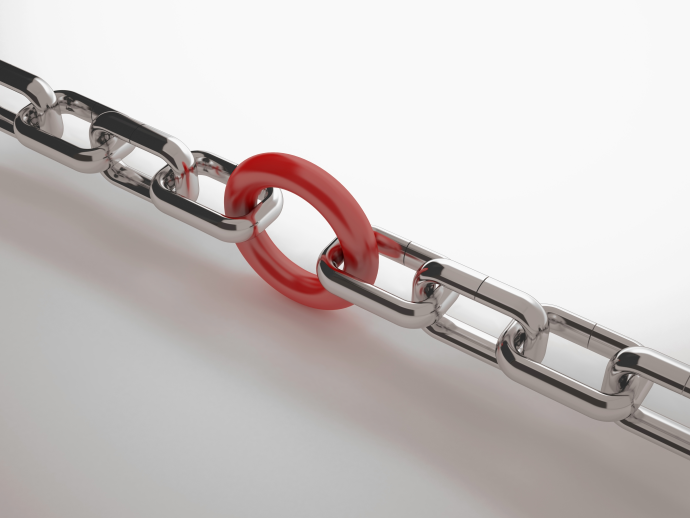 The vital link from the Exodus to the Temple

1 In the four hundred and eightieth year after the Israelites came out of Egypt, in the fourth year of Solomon’s reign over Israel, in the month of Ziv, the second month, he began to build the temple of the Lord.

This verse helps us to link the reign of Solomon to the Exodus and therefore also provides an essential link to Abraham and therefore to Adam as we simply connect this period of history to the Genesis 5 & 11 genealogies.

This is a 'vitall link' in scripture as proof of a young humanity and a young universe.