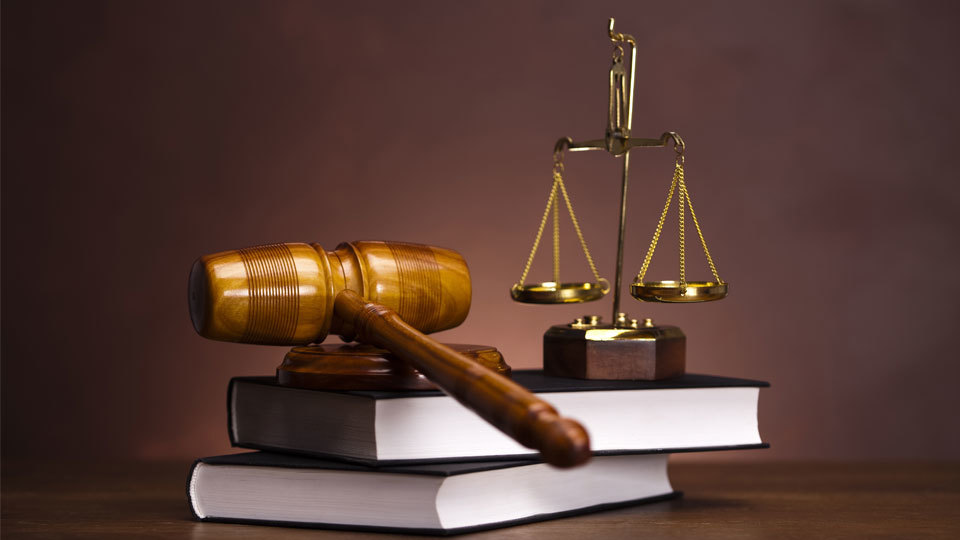 When men began to increase in number on the earth and daughters were born to them, the sons of God saw that the daughters of men were beautiful, and they married any of them they chose.

Then the LORD said, “My Spirit will not contend with man forever, for he is mortal; his days will be a hundred and twenty years.” The Nephilim were on the earth in those days – and also afterward – when the sons of God went to the daughters of men and had children by them. They were heroes of old, men of renown.

We have considered how the flood was indeed universal and that every living thing on earth perished. What was so wrong with mankind that God should intervene with such a cataclysmic judgement?

We have noted how the earth had become corrupt and that man’s wickedness had increased to a staggering level.

Some scholars have suggested that there was another dimension to the wickedness on earth which man was also implicated in. That was the serious sin and wickedness that was going on as a result of the fallen angels.

Angels and by implication, fallen angels are sometimes referred to in scripture as the sons of God. This is because they were part of the original creation. In the beginning God created the heavens and the earth. Angels were part of the creation of the heavens. 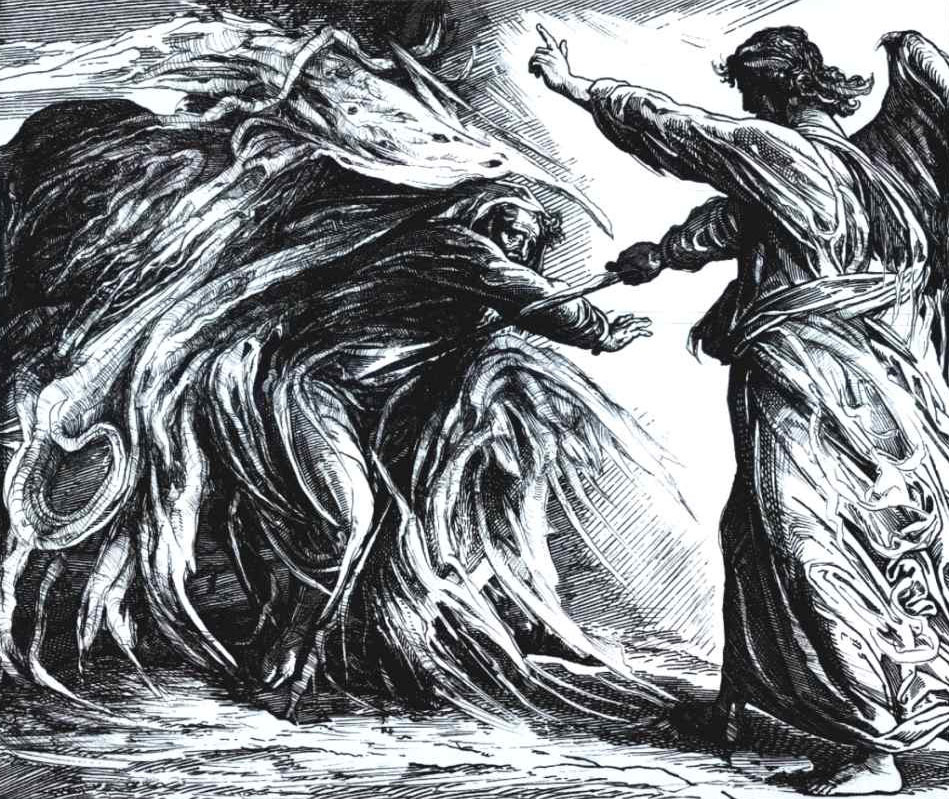 The flood brought about a change in the authority and behaviour of Satan and fallen angels on the earth. Boundaries would now be established by God. Man was depraved and it seems that demons were interacting with mankind and adding to the breakdown of morality.

The following scriptures will help us to understand how these new boundaries were put in place and the effect that they would have in helping to preserve humanity after the flood.

For if God did not spare angels when they sinned, but sent them to hell, putting them into gloomy dungeons to be held for judgement; if he did not spare the ancient world when he brought the flood on its ungodly people, but protected Noah, a preacher of righteousness, and seven others;

It seems to me that many of the fallen angels who had interacted with mankind and participated in the awful wickedness that was rampant in Noah’s day, were arrested at the time of the flood and locked away until the final judgement.

Such was the depth of their fallen state and depravity that God saw fit to expel some of them from the earth altogether to be held for judgement. See Revelation 20 v 14

One day the angels came to present themselves before the LORD, and Satan also came with them. The LORD said to Satan, “Where have you come from?” Satan answered the LORD “From roaming through the earth and going back and forth in it.”

8 Have you considered my servant Job? There is no one on earth like him; he is blameless and upright, a man who fears God and shuns evil. 12 The LORD said to Satan, “Very well, then, everything he has is in your hands, but on the man himself do not lay a finger.”

There seems to me to be a change in Satan’s behaviour subsequent to the flood. It seems to me that there have been fresh boundaries enforced. Satan was free to roam about the earth but he now needed permission for certain activities when it came to interacting with humans.

Satan and fallen angels had to report to God after the flood. God was keeping a check on them. Boundaries had clearly been established; Satan and demons could now only operate within certain constraints. From this time onward, they would no longer be totally free as they had been before the flood.

The temptation of Jesus 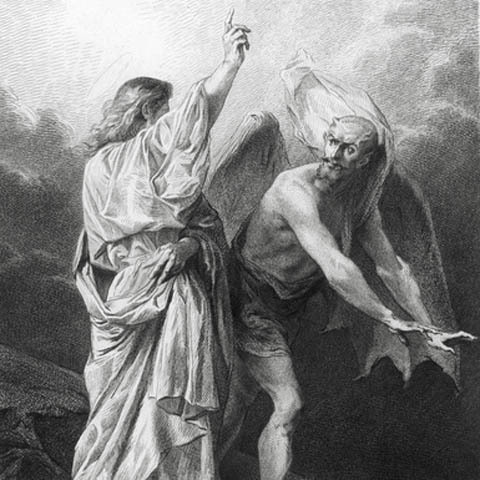 1 Then Jesus was led by the Spirit into the wilderness to be tempted by the devil. 2 After fasting forty days and forty nights, he was hungry. 3 The tempter came to him and said, “If you are the Son of God, tell these stones to become bread.” 4 Jesus answered, “It is written: ‘Man shall not live on bread alone, but on every word that comes from the mouth of God.’ ”

5 Then the devil took him to the holy city and had him stand on the highest point of the temple. 6 “If you are the Son of God,” he said, “throw yourself down. For it is written: “‘He will command his angels concerning you, and they will lift you up in their hands, so that you will not strike your foot against a stone.’ ” 7 Jesus answered him, “It is also written: ‘Do not put the Lord your God to the test.’ ”

8 Again, the devil took him to a very high mountain and showed him all the kingdoms of the world and their splendour. 9 “All this I will give you,” he said, “if you will bow down and worship me.” 10 Jesus said to him, “Away from me, Satan! For it is written: ‘Worship the Lord your God, and serve him only.’ ” 11 Then the devil left him, and angels came and attended him.

In the account of the temptation of Jesus in the desert, Satan - in this audacious move - recognises Jesus as God’s Son, he tries in vain to tempt Jesus and eventually he is dismissed by Jesus. After Satan was dismissed, Jesus was attended to by angels from heaven.

When you read through the gospels you can clearly see that Satan and demons recognise Jesus as God’s Son, they acknowledge him and they submit to his authority. Without exception, submission is their response to the Son of God. 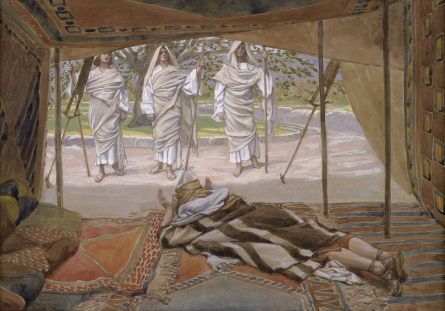 1 The Lord appeared to Abraham near the great trees of Mamre while he was sitting at the entrance to his tent in the heat of the day. 2 Abraham looked up and saw three men standing nearby. When he saw them, he hurried from the entrance of his tent to meet them and bowed low to the ground.

1 The two angels arrived at Sodom in the evening, and Lot was sitting in the gateway of the city. When he saw them, he got up to meet them and bowed down with his face to the ground.

We know from the above passages of scripture that angels have taken on human form and physically eaten food for example. It has been suggested that many of these fallen angels took on a physical form and had sexual relations with women and animals resulting in abnormal births, obviously with a demonic influence.

If this is so, humanity was indeed depraved and out of control. Perhaps this could certainly explain why the flood was necessary.

Dear reader, if you think that this is 'far fetched', think again. Anyone who has had any exposure to the occult or Satan worship will be well aware of the nudity and sexual connotations connected with this evil.

11. Mingling of mankind with fallen angels

God had judged that enough was enough. It was time for God to execute divine judgement. 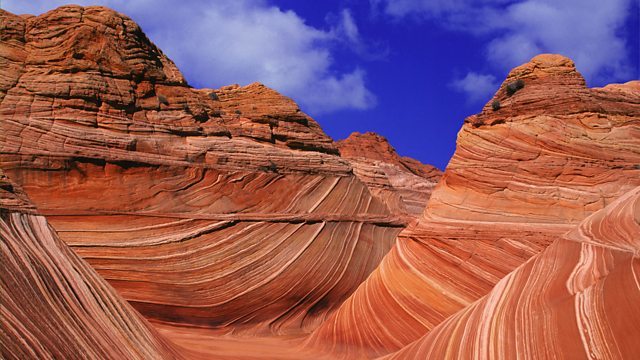 The universal flood was the way that God had decided to implement his judgement on sin. Perhaps it was fitting that the earth should be cleansed by the waters of a flood. Everything would be covered with water and buried out of site for many months.

Incidentally, here we see the surface of the earth temporarily restored to its condition in Genesis 1 v 2 – it was completely covered with water.

Geological evidence for the flood can still be found all across the earth as proof of this cataclysmic event and as a humbling reminder for mankind of our tendency to forget or ignore God and to defiantly impose our own will above his.

Fossils for example which have been at the forefront of discussion and debate among the science and archaeology fraternity, can easily be explained by the devastation of the flood as entire land masses were convulsed, relocated and reshaped beyond recognition. 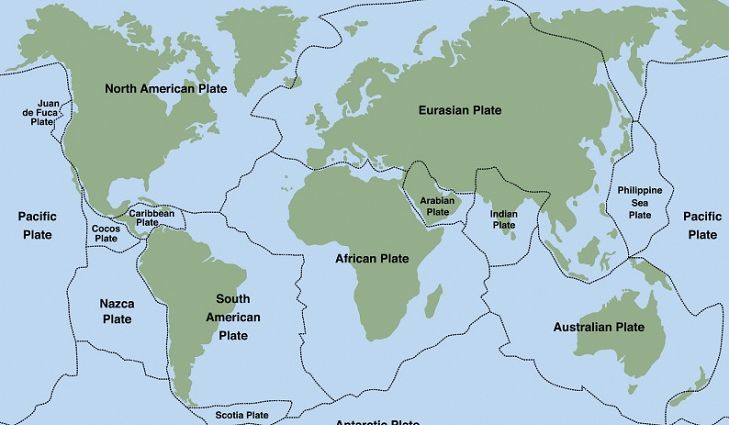 Earth’s tectonic plates literally bulldozed entire landscapes so that mixed layers of rock and sediment were forced to overlap each other and in the process many different types of animals, insects and sea creatures were buried alive as the earth’s crust settled into its new formations.

It is worthy of note that during the flood and the consequent changes in the earth’s surface, the normal boundaries between land and sea were wiped out and reshaped; hence the apparent confusion of fossils being found in seemingly bizarre places. All of this is easily explained by this catastrophic, earth shattering flood.

Incidentally, during the seven year tribulation period, God will clearly demonstrate to mankind that he can devastate this earth and fundamentally change its geography and topography in a very short period of time, not requiring thousands or millions of years as men and science would have us believe.

The purpose will be twofold;

a) Earth's surface will be convulsed and changed beyond recognition in order to clean up the mess caused during the tribulation.

b) Earth will be prepared for a new order at the commencement of the greatest period of peace and justice in human history - the 1000 year Millennial Reign of Christ. 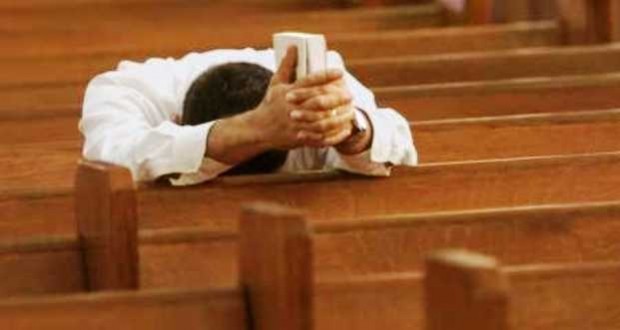 Then the LORD said, “My Spirit will not contend with man forever, for he is mortal; his days will be a hundred and twenty years.”

Did you know; Noah and his family and all the animals were in the ark for just over one year! Make no mistake about it; the flood was a universal deluge of catastrophic proportions.

And so God pronounced judgement in the form of a shortened lifespan. This began to take effect gradually after the flood as the Gen 11 Genealogy clearly illustrates with dramatically reducing life spans from many hundreds of years to less than 120 years on average.