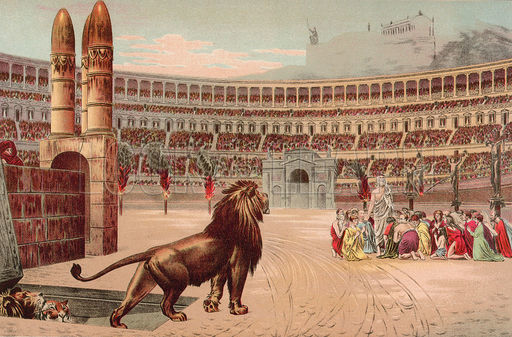 17 Then the high priest and all his associates, who were members of the party of the Sadducees, were filled with jealousy. 18 They arrested the apostles and put them in the public jail.

27 The apostles were brought in and made to appear before the Sanhedrin to be questioned by the high priest.

28 “We gave you strict orders not to teach in this name,” he said. “Yet you have filled Jerusalem with your teaching and are determined to make us guilty of this man’s blood.”

They called the apostles in and had them flogged. Then they ordered them not to speak in the name of Jesus, and let them go.

The stoning of Stephen 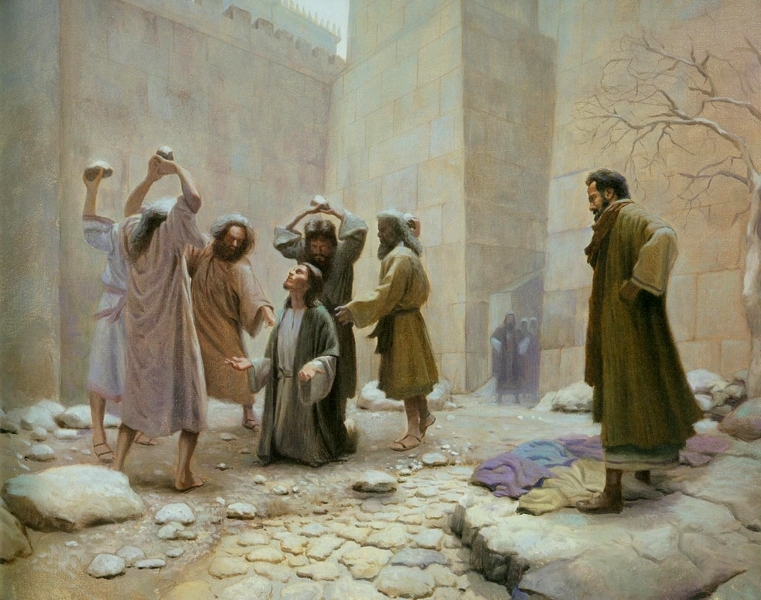 54 When the members of the Sanhedrin heard this, they were furious and gnashed their teeth at him. 55 But Stephen, full of the Holy Spirit, looked up to heaven and saw the glory of God, and Jesus standing at the right hand of God.

57 At this they covered their ears and, yelling at the top of their voices, they all rushed at him, 58 dragged him out of the city and began to stone him. Meanwhile, the witnesses laid their coats at the feet of a young man named Saul.

59 While they were stoning him, Stephen prayed, “Lord Jesus, receive my spirit.” 60 Then he fell on his knees and cried out, “Lord, do not hold this sin against them.” When he had said this, he fell asleep.

The Church Persecuted and Scattered

On that day a great persecution broke out against the church in Jerusalem and all except the apostles were scattered throughout Judea and Samaria. 2 Godly men buried Stephen and mourned deeply for him.

3 But Saul began to destroy the church. Going from house to house, he dragged off both men and women and put them in prison.

There can be little doubt that Satan was orchestrating this early persecution from behind the scenes. But God allowed this persecution to take place and he was able to use it to fulfil his purpose - the spread of the gospel.

The church was scattered. Some years later, James would commence his Epistle with these words, “To the twelve tribes scattered among the nations.” God used the early persecution to spread the Gospel across Asia and Europe.

This phenomenon remains true today; in those parts of the world where persecution takes place, the church grows more quickly both in numbers and in maturity. Perhaps there is no better example than China.

Stephen became the first martyr and would pave the way for those Christians down through the ages that would suffer and die for their Lord. Many of the disciples would follow in his steps; surely this is the highest privilege and calling.

And so the book of Acts records the martyrdom of Stephen (Acts 7 v 59) and James (Acts 12 v 2), but we depend on secular history to read of the martyrdom of Peter, Paul and the other disciples.

Secular history records many examples of the suffering, torture and persecution of Christians which started during the closing decades of the Roman Empire and would reappear again and again.