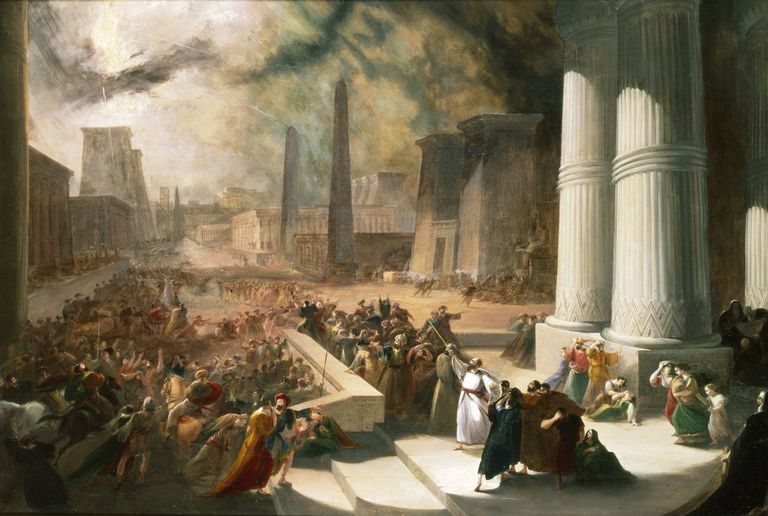 These are the ten plagues in the order in which they happened, and how God gradually revealed his grace and his glory to Pharaoh;

Exodus 7 v 22: But the Egyptian magicians did the same things by their secret arts.

Exodus 8 v 7: But the magicians did the same things by their secret arts.

These frogs were not made, they were simply caused to come up out of the streams and canals and rivers.

Exodus 8 v 16: Then the LORD said to Moses, “Tell Aaron, ‘Stretch out your staff and strike the dust of the ground,’ and throughout the land of Egypt the dust will become gnats.”

Exodus 8 v 18: But when the magicians tried to produce gnats by their secret arts, they could not.

Genesis 2 v 7: The LORD God formed the man from the dust of the ground...

Genesis 2 v 19: Now the LORD God had formed out of the ground all the beasts of the field and all the birds of the air.

Here God makes a clear distinction between what he alone can do and what the magicians are powerless to do; only God can produce life from the dust of the ground!

Exodus 8 v 22: But on that day I will deal differently with the land of Goshen, where my people live; no swarms of flies will be there, so that you will know that I, the LORD, am in this land. I will make a distinction between my people and your people.

Exodus 9 v 4: But the LORD will make a distinction between the livestock of Israel and that of Egypt.

Exodus 9 v 11: The magicians could not stand before Moses because of the boils that were on them and on all the Egyptians.

Not only were the magicians powerless to replicate the third and subsequent plagues; they were included in the judgement and could not even present themselves before Moses. God had effectively now excluded them from the proceedings.

Exodus 9 v 26: The only place it did not hail was the land of Goshen, where the Israelites were.

Exodus 9 v 29: Moses replied, “When I have gone out of the city, I will spread out my hands in prayer to the LORD. The thunder will stop and there will be no more hail, so that you may know that the earth is the LORD’S.”

God was now demonstrating that he was interested in his people Israel, he was also interested in their property, and now he shows that he is interested in where they live and indeed he was declaring that the whole earth was his!

The earth is the Lord’s, and everything in it, the world, and all who live in it; for he founded it on the seas and established it on the waters.

The earth is the Lord’s, and everything in it.

The earth is the LORD’S and everything in it, the world and all who live in it. This theme is consistent with the covenant with Abraham, Isaac and Jacob in that God wants to reach out to all nations and not be the exclusive right of one nation.

Israel missed this point during most of her Old Testament history. Not much has changed since the coming of the Messiah in this respect either.

Exodus 10 v 7: Pharaoh’s officials said to him, “How long will this man be a snare to us? Let the people go, so that they may worship the LORD their God. Do you not yet realise that Egypt is ruined?”

Exodus 10 v 11: No! Have only the men go; and worship the LORD, since that is what you have been asking for.”

Here in the eighth plague, Pharaoh comes a step closer to letting the people go. He suggests that the men only should go. But he stops short of what God commended him to do. Pharaoh is interested in compromise; God is not.

Exodus 10 v 24: Then Pharaoh summoned Moses and said, “Go, worship the LORD. Even your women and children may go with you; only leave your flocks and herds behind.”

Exodus 10 v 28: Pharaoh said to Moses, “Get out of my sight! Make sure you do not appear before me again! The day you see my face you will die.”

Pharaoh comes yet another step closer; this time he permits the men, women and children to go, but the flocks and herds must remain.

Pharaoh and the Egyptians had lost most of their flocks and herds in the plagues of livestock and hail. He certainly didn’t want to lose the flocks and herds of the Israelites as well, as I suspect that he may have had plans to take these for himself.

Pharaoh goes a step further in his angry command for Moses not to appear before him again or he would die. Little did he know it, but Pharaoh was nearing the end of God’s communications with him.

10.   The plague on the Egyptian firstborn

Exodus 11 v 3: The LORD made the Egyptians favourably disposed toward the people, and Moses himself was highly regarded in Egypt by Pharaoh’s officials and by the people.

Exodus 11 v 7: Then you will know that the LORD makes a distinction between Egypt and Israel.

The last plague was about to be unleashed, again, not without warning. But Pharaoh hardened his heart again and despite God’s repeated warnings, he still would not let the people go.

Exodus chapter 12 tells the story of the Passover and the Exodus. There was not a house in Egypt without someone dead.

At last the people of Israel were free to go. A new chapter in their illustrious history had just begun.

Understanding the nature and purpose of these ten plagues will be helpful when we come to the Tribulation page and see some of these plagues revisited as God executes judgement on those who reject him.

We will see that God is not only executing judgement on the ungodly and disobedient but he is also bringing Glory to his own name and revealing himself to mankind as the only true and living God. 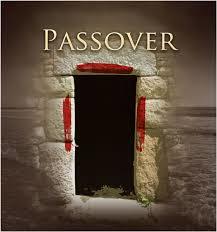 A new calendar - a new start

The nation of Israel was about to start a new chapter in its history and God gives them a new calendar on which to base this new start.

They would not be able to forget the significance of the Passover because of this new calendar. The Hebrew calendar is different from the Western Christian calendar regarding the number of days in each month.

When we come to the New Testament, we also have a new calendar beginning with the birth of Christ. Today the world calendar is based on this event.

Each New Year the worlds’ media organisations cover the spectacular fireworks displays across the world, starting in the southern hemisphere and working across Asia, Europe and into America.

The vast majority of the worlds’ 7 billion population will be oblivious to the fact that the New Year which they are celebrating has its date traced back to the Messiah. 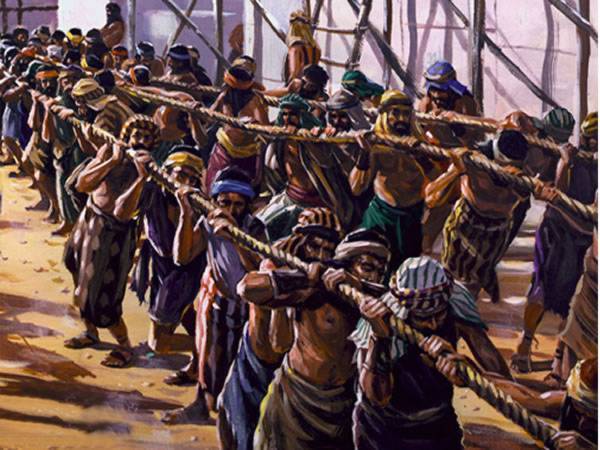 The Nation develops in numbers during the 400 years of slavery in Egypt; only 70 people went into Egypt but 400 years later, well over 2 million came out! Numbers chapter 1: 603,000 fighting men aged 20 or more, plus women & children, and the elderly (excluding the Levites).

Abraham, Isaac and Jacob all lived in tents. This signified that they were strangers on the earth and that their ultimate destiny was heaven.

This changed when the Israelites settled in Egypt and during the 400 years of slavery, they somehow lost sight of their true inheritance and settled for bricks and mortar in a land where they did not belong. Sound familiar?

When they left Egypt they would soon be living in the temporary accommodation of tents for 40 years before entering the Promised Land of Canaan.

By faith Abraham, when called to go to a place he would later receive as his inheritance, obeyed and went, even though he did not know where he was going.

By faith he made his home in the Promised Land like a stranger in a foreign country; he lived in tents, as did Isaac and Jacob, who were heirs with him of the same promise.

For he was looking forward to the city with foundations, whose architect and builder is God.