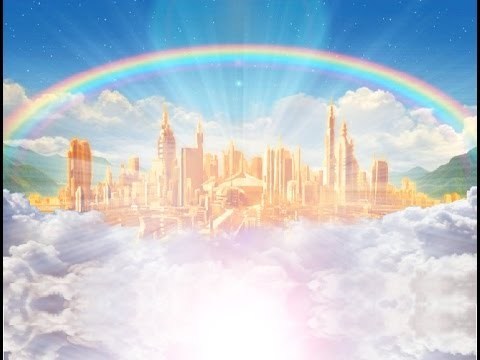 A new heaven and earth

"Then I saw a new heaven and a new earth, for the first heaven and the first earth had passed away, and there was no longer any sea."

"See, I will create new heavens and a new earth. The former things will not be remembered, nor will they come to mind."

The bible tells us what heaven will be like. The above verse specifically talks about a New Heaven and a New Earth for the first heaven and the first earth had passed away and will not be remembered.

This renewal of all things is referred to as 'The Consummation'. It is when the old has gone and the new has come.

Have you ever wondered how God will clean up all the mess that we have made?

Think of all the scars and blemishes on planet earth that mankind has caused; desolate war zones, ruined cities, stinking landfill sites, oil spills, fly tipping sites, litter, pollution in the atmosphere and so on.

I have often wondered how God will deal with these issues. God will obliterate all of this when he disposes of the old heaven and earth. We can easily imagine how God could cause the solar system to be vaporised by the sun becoming a massive red star as it finally expires.

Perhaps the solar system could be swallowed up by a black hole - crushed to nothingness. Regardless as to how God will cause the old heaven and earth to pass away, we need not worry because he will make all things new! Revelation 21 v 5

If you are not a Christian, by this we mean, if you have not accepted the Lord Jesus as your personal saviour - your only hope of salvation when you finally stand before God - then you will not enter this wonderful new world.

"16 For God so loved the world that he gave his one and only Son, that whoever believes in him shall not perish but have eternal life.

18 Whoever believes in him is not condemned, but whoever does not believe stands condemned already because they have not believed in the name of God’s one and only Son."

If you are already a Christian; may I encourage you to keep your focus on what lies ahead. This world and everything in it is transient; God's new heaven and earth are eternal! 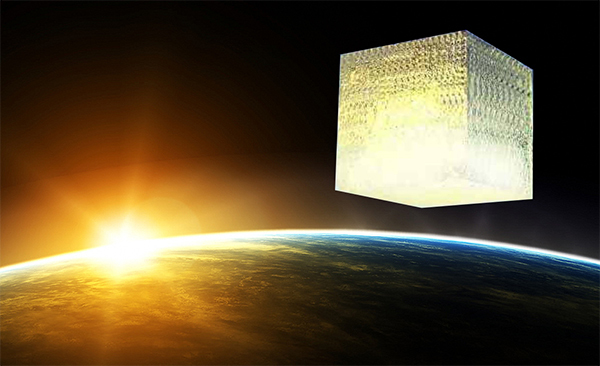 2 I saw the Holy City, the new Jerusalem, coming down out of heaven from God, prepared as a bride beautifully dressed for her husband. 3 And I heard a loud voice from the throne saying, “Look! God’s dwelling place is now among the people, and he will dwell with them. They will be his people, and God himself will be with them and be their God.

4 ‘He will wipe every tear from their eyes. There will be no more death or mourning or crying or pain, for the old order of things has passed away.” 5 He who was seated on the throne said, “I am making everything new!” Then he said, “Write this down, for these words are trustworthy and true.”

6 He said to me: “It is done. I am the Alpha and the Omega, the Beginning and the End. To the thirsty I will give water without cost from the spring of the water of life. 7 Those who are victorious will inherit all this, and I will be their God and they will be my children.

8 But the cowardly, the unbelieving, the vile, the murderers, the sexually immoral, those who practice magic arts, the idolaters and all liars—they will be consigned to the fiery lake of burning sulfur. This is the second death.”

Dimensions of the New Jerusalem 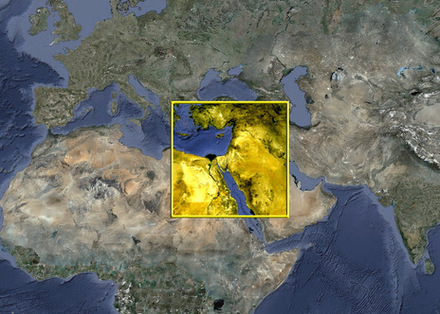 Actual size of the New Jerusalem

The image above illustrates the land mass that the new Jerusalem would occupy if it was placed in the current Middle East.

The dimensions of the new Jerusalem are described in Revelation 21 v 15-16, they are indeed 'other worldly'. This is a form of architecture that is a misfit on the present earth.

The dimensions are quite specific - 12,000 stadia in length, breadth, width and height - a perfect cube, the Old Testament symbol of perfection. This is the shape of the Holy of Holies in the Tabernacle.

When describing the wall of the city; Revelation 21 v 17 specifically states that the angel was using a human measurement.

Given that 12,000 stadia is approximately 1,500 miles; the scale and appearance is staggering. If this mega structure was to be placed at the geographical location of the current Jerusalem, it would straddle Turkey, Iraq, Saudi Arabia and Northern Egypt!

The image below illustrates the dimensions of the 'cube city' if it was placed in America. It would also stretch beyond the stratosphere into space. 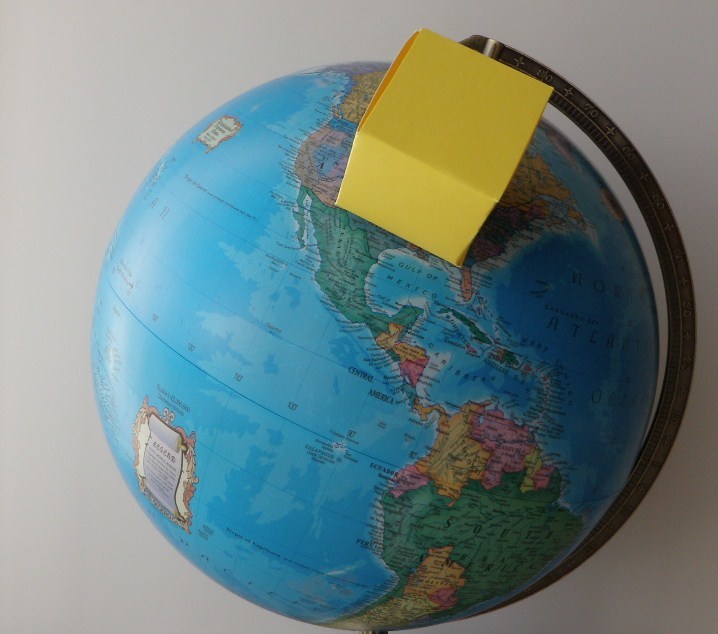 We surely must assume that the new earth will be much, much bigger than the present earth. It will be so much different too because there will no longer be any sea.

The sea speaks of chaos in Genesis chapter 1, it speaks of judgment in the Genesis Flood and it represents separation - separating mankind on the continents of earth. In heaven, there will be no more chaos, judgment or separation.

9 One of the seven angels who had the seven bowls full of the seven last plagues came and said to me, “Come, I will show you the bride, the wife of the Lamb.” 10 And he carried me away in the Spirit to a mountain great and high, and showed me the Holy City, Jerusalem, coming down out of heaven from God.

11 It shone with the glory of God, and its brilliance was like that of a very precious jewel, like a jasper, clear as crystal. 12 It had a great, high wall with twelve gates, and with twelve angels at the gates. On the gates were written the names of the twelve tribes of Israel.

13 There were three gates on the east, three on the north, three on the south and three on the west. 14 The wall of the city had twelve foundations, and on them were the names of the twelve apostles of the Lamb.

15 The angel who talked with me had a measuring rod of gold to measure the city, its gates and its walls. 16 The city was laid out like a square, as long as it was wide. He measured the city with the rod and found it to be 12,000 stadia in length, and as wide and high as it is long.

17 The angel measured the wall using human measurement, and it was 144 cubits thick. 18 The wall was made of jasper, and the city of pure gold, as pure as glass. 19 The foundations of the city walls were decorated with every kind of precious stone.

The first foundation was jasper, the second sapphire, the third agate, the fourth emerald, 20 the fifth onyx, the sixth ruby, the seventh chrysolite, the eighth beryl, the ninth topaz, the tenth turquoise, the eleventh jacinth, and the twelfth amethyst.

21 The twelve gates were twelve pearls, each gate made of a single pearl. The great street of the city was of gold, as pure as transparent glass. 22 I did not see a temple in the city, because the Lord God Almighty and the Lamb are its temple.

23 The city does not need the sun or the moon to shine on it, for the glory of God gives it light, and the Lamb is its lamp. 24 The nations will walk by its light, and the kings of the earth will bring their splendour into it.

25 On no day will its gates ever be shut, for there will be no night there. 26 The glory and honour of the nations will be brought into it. 27 Nothing impure will ever enter it, nor will anyone who does what is shameful or deceitful, but only those whose names are written in the Lamb’s book of life.

According to the bible there will be:

No more Temple or Sacrifice

No more Sun and Moon

No more Darkness or Night

No more Sin or Impurity

No more Aging or Death

God has the final say! 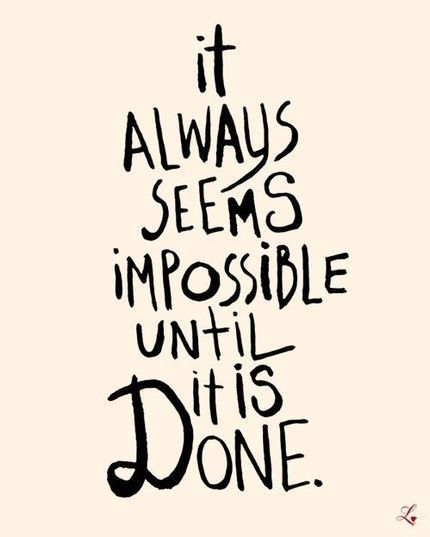 Impossible? Listen to this...

6 The angel said to me, “These words are trustworthy and true. The Lord, the God who inspires the prophets, sent his angel to show his servants the things that must soon take place.”

7 “Look, I am coming soon! Blessed is the one who keeps the words of the prophecy written in this scroll.” 8 I, John, am the one who heard and saw these things. And when I had heard and seen them, I fell down to worship at the feet of the angel who had been showing them to me.

9 But he said to me, “Don’t do that! I am a fellow servant with you and with your fellow prophets and with all who keep the words of this scroll. Worship God!”

12 “Look, I am coming soon! My reward is with me, and I will give to each person according to what they have done. 13 I am the Alpha and the Omega, the First and the Last, the Beginning and the End.

14 “Blessed are those who wash their robes, that they may have the right to the tree of life and may go through the gates into the city. 15 Outside are the dogs, those who practice magic arts, the sexually immoral, the murderers, the idolaters and everyone who loves and practices falsehood.

16 “I, Jesus, have sent my angel to give you this testimony for the churches. I am the Root and the Offspring of David, and the bright Morning Star.”

19 And if anyone takes words away from this scroll of prophecy, God will take away from that person any share in the tree of life and in the Holy City, which are described in this scroll.

20 He who testifies to these things says, “Yes, I am coming soon.” Amen. Come, Lord Jesus. 21 The grace of the Lord Jesus be with God’s people. Amen.