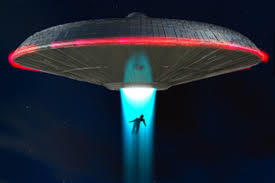 The world has become a small place. Media organisations have contributed to this impression by their ability to transmit the ‘big stories’ across the world in just minutes.

There is a big story that will hit the headlines in a coming day, truth be known, it could be any day now. We call it THE RAPTURE.

This event will shake the world’s governments to the core. In a moment of time, Jesus Christ will appear in the sky. The graves of all the dead Christians from the past 2000 years will open as the dead in Christ will rise.

Believers who perished at sea or whose bodies were incinerated or vaporised in acts of war, will instantaneously reappear and together with all the living Christians on earth will be caught up to meet the Lord in the air.

This innumerable multitude of saints from the past 2000 years will be transformed from mortality into immortal beings with new, glorified, indestructible bodies, and will be with Christ forever.

When will this happen?

The actual date of the Rapture is already set, the clock is ticking, but the date is hidden from mankind; only God the Father knows it.

Nothing like this has ever happened before; this will affect every single country on earth, the scale is staggering. In just a few moments, countless millions of people will simply vanish from this earth. News reporters will reel at the scale of this story.

For the record; this is not an alien abduction!

For families where every member is a born again Christian; property, business, houses and cars will be left behind for others to seize, legally or otherwise.

The world system will have a major crisis on its hands as unprecedented mayhem will ensue.

Christians who are driving cars, heavy goods vehicles and buses, or operating machinery and flying airplanes, will suddenly disappear; this will cause many accidents and the death toll will be staggering.

How will governments explain these events? Crisis management will take on a new dimension as governments from every country on earth respond to the sudden disappearance of millions of people.

How will the crisis be managed in terms of missing persons, empty work stations, empty houses, abandoned cars, mobile phones and property of all kinds?

Seven years of Tribulation will follow. Don’t get left behind! This will be the end of the world - as we know it - but not actually the end of life on earth.

The End of the World

Many people assume that when we refer to the Rapture and the Tribulation that we are referring to the end of the world. Strictly speaking that is not true.

At the end of the Tribulation, Christ will return to this earth on the Mount of Olives outside Jerusalem.

He will set up his Millennial Kingdom for one thousand years. Earth will be a very different place but the world will not actually end until the thousand years are over.

Interested in reading more about the Rapture and the end of the world?