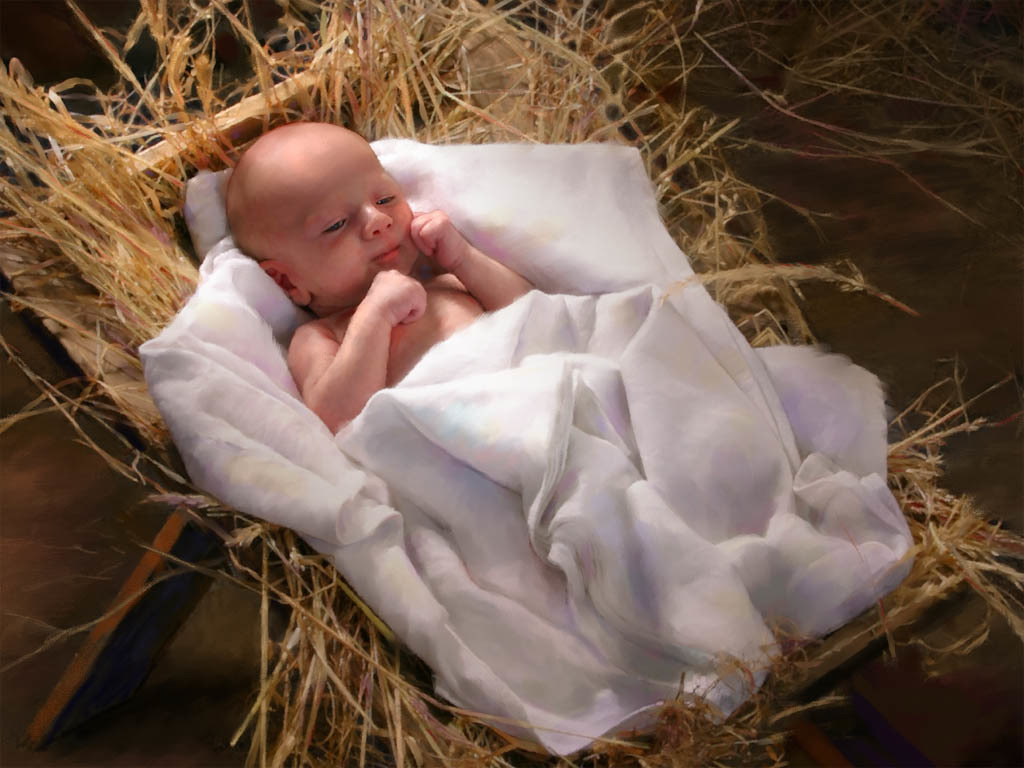 Christmas – What do you believe?

The claim of the Church that Jesus Christ lived on earth, is a historical fact. In our modern world, human history is mostly recorded as BC or AD. This is based on the international acceptance of the Gregorian calendar.

The coming of Jesus Christ into the world has singularly proved to be the fulcrum point in human history.

When Christ was born king, he had no rival in Israel.

"In the beginning was the 'WORD'."

According to Genesis 1 - God spoke creation into being - He used 'words'. The Lord Jesus is described as 'The Word'.... He communicates to us who God is and what God is like.

Professor John C Lennox offers some fascinating insight into 'the concept of information' in his book - God's undertaker. In chapter 8 - The genetic code and its origin - page 137 we read the following:

"The genome consists of a complete set of genes. Genomes, or rather the DNA that encodes them, are generally very large: the DNA of an E. coli bacterium is about four million letters long and would fill 1,000 pages in a book, whereas the human genome is over 3.5 billion letters long and would fill a whole library. As a matter of interest the actual length of the DNA tightly coiled in a single cell of the human body is roughly 2 metres. Since there are about 10 trillion (10 to the power of 13) cells in the human body the total length of DNA is a mind-boggling 20 trillion metres."

There is a hidden molecular world behind everything that we see, but here's the thing; science didn't create DNA, science is merely discovering what was there from the very beginning. These discoveries are wonderful and help us to understand something of the complexity of life. But the fact remains - God designed atoms, molecules, proteins and DNA at the beginning of creation.

He not only designed their structure, he also designed their function, connectivity and purpose and wonderful as all this is; I would stress the point that although scripture does not use the language or vocabulary of modern science, science is best understood in light of scripture - because in the beginning was the WORD.

This WORD contained all the information and the mighty power that was required to create the vastness of the universe and also the tiny intricate molecular structures that hold it all together. Jesus Christ is the WORD of God - everything that science has discovered came into existence through him. Furthermore; in him was life, and that life was the light of men.

4 In him was life, and that life was the light of all mankind. 5 The light shines in the darkness, and the darkness has not overcome it.

Atoms, molecules and DNA are a great scientific discovery and we can benefit from this in many ways; however, their function is not central in the message of the gospel.

Here is the irony; the microscopic world of particles, atoms, molecules and DNA has existed ever since creation, it has always been present in the physical world, and yet it would seem that since man has discovered its existence, we have somehow discovered the origin of life.

Christ the WORD, the eternal Son of God, the second person of the blessed Trinity, who existed before the creation of the universe, came into time and took on flesh. This is hallowed ground; humanly speaking and as far as science is concerned, the eternal one took on a physical form that was made up of particles, molecules, atoms and DNA.

When we talk about the condescension of Christ our Saviour; this is what he did. He revealed his glory through his life and miracles. The creator God of the universe became a man in order that he could identify with his fallen creation and provide salvation for all mankind. Wonder of wonders; God the eternal son, will remain a man - the last Adam - for all eternity! We will gaze on him and be filled with wonder at his condescension.

This is the essence of the Christmas story...

What do we think about when we see the image of the ‘helpless babe’ in the manger on a Christmas card?

The virgin will be with child and will give birth to a son, and they will call him Immanuel, which means - God with us.

9 The true light that gives light to everyone was coming into the world. 10 He was in the world, and though the world was made through him, the world did not recognize him. 11 He came to that which was his own, but his own did not receive him.

How sad it is that two thousand years ago, the religious leaders and secular world at that time rejected this Jesus – the Saviour of mankind. From a human viewpoint we not only rejected the Messiah, we nailed him to a cross. We mocked and cursed him as he died for the sins of the world.

From God’s viewpoint, He sent His one and only Son to save mankind. God the Father laid on His Son the punishment that we deserved in order that we might repent and be forgiven. Jesus became the atoning sacrifice for the sin of mankind and because he suffered in this way we can be saved. God gave us the best present that we could ever imagine – forgiveness from sin and eternal life.

"For God so loved the world that he gave his one and only Son, that whoever believes in him shall not perish but have eternal life."

From his commentary on the great resurrection chapter of Luke 24;

"Clearly Jesus read the Old Testament in an integrated way, with himself at the center of it. From the New Testament records written by Jesus' immediate disciples and heirs, we can gain a pretty comprehensive glimpse of his self understanding in this regard."

"He saw himself not only as the rightful messianic king in the line of David, but also as the suffering servant who would be wounded for our transgressions. He knew he was not only the atoning sacrifice but also the priest who offered the sacrifice. He was not only the obedient Son who discharged the mission his Father assigned him, but also the eternal Word made flesh who disclosed the Father perfectly to a generation of image-bearers. And so much more. And all of these things we should see, too, and bow in solemn, joyful worship."

Man of sorrows, what a name,

For the Son of God who came,

Hallelujah! What a saviour!

Here we are today, some 2000 years later, and what has changed? Can we see the Lord Jesus in the midst of the tinsel and glitter? Will we think of him when we open our presents and carve the turkey?

Read more: What is Christmas?

Read more: The Coming of Christ - Central in History

God bless you and your family. Have a wonderful Christmas.