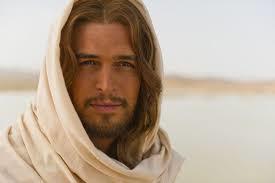 The claim of the Church, that Jesus Christ lived on earth, is a historical fact. In our modern world, human history is generally recorded as BC or AD. This is based on the international acceptance of the Gregorian calendar.

The coming of Jesus Christ into the world has singularly proved to be the fulcrum point in human history - bibletimeline is structured with this in mind.

Despite the attempts of other world religions to place individuals or prophets on an equal or higher platform to the Lord Jesus, the fact remains; the only calendar which is recognised internationally is that which has its dating based on the coming of Christ to earth.

In the bible it was prophesied that Jesus Christ the Messiah would come into the world. Circa 590 years had passed since Israel’s exile to Babylon and Israel had experienced a period of silence since they last heard the voice of a prophet or had been subject to their own king.

The last kings of her divided kingdom were King Hoshea of Israel in the North circa 720 BC and King Zedekiah of Judah in the South circa 590 BC. The divided kingdoms of Israel and Judah were without a king during the period of the exile and during these silent years.

When Christ was born king, he had no rival in Israel. Christ didn’t come to earth during the Golden age of Solomon when Israel was the regional superpower. He came over 500 years after the exile; Jerusalem had no Israelite king, and following the Assyrian and Babylonian exiles, the nation was decimated and was now under the rule of the Roman Empire. This is the setting for the coming of Christ the Messiah.

Time would tell that he didn’t come [at this stage] to set up an earthly kingdom; he came to set up a heavenly kingdom for the salvation of people from all nations.

The Lord Jesus Christ is unique...

He was unique in His Conception, being conceived of the Holy Spirit.

He was unique in His Birth, being born of a virgin.

He was unique in His Life as the only man who ever lived without ever sinning in thought, word or deed.

He was unique in His Death, as he laid down his life as a ransom for many and died as a sacrifice for the sins of the world. He is the only man to fulfill the Old Testament scripture of Isaiah chapter 53; he is the only man who claimed to be the Passover Lamb of God.

He was unique in His Resurrection, as he is the first man ever to be raised from the dead, never to die again.

He was unique in His Ascension to heaven and is seated at the right hand of God.

He was unique in His Exaltation and glorification; he has the name which is above all names.

He was unique in His Promise to Return in the future to take his followers to heaven to be with him forever.

Standing at the door...

If these statements which are based on the bible are actually true; I along with many others certainly do!

What have you done with Jesus?

Here I am! I stand at the door and knock. If anyone hears my voice and opens the door, I will come in and eat with that person, and they with me.

For God so loved the world that he gave his one and only Son, that whoever believes in him shall not perish but have eternal life.

The most important question that anyone will ever ask you is this;

What did you do with Christ?

Interested in reading more about who Jesus Christ claimed to be?

Link: The Coming of Christ - Central in History