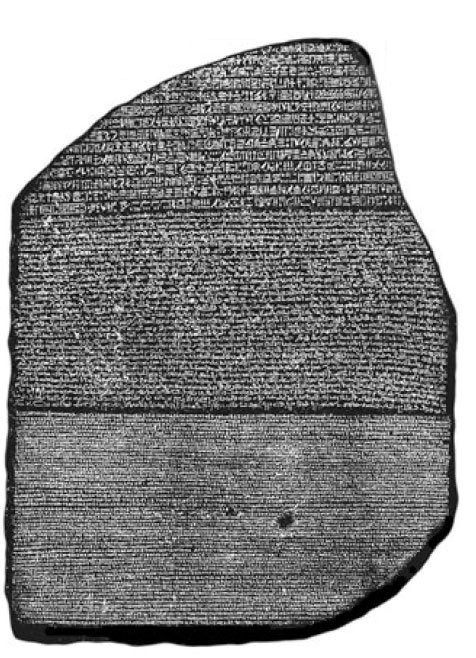 The origin of language

1 Now the whole world had one language and a common speech. 2 As people moved eastward, they found a plain in Shinar and settled there. 3 They said to each other, “Come, let’s make bricks and bake them thoroughly.” They used brick instead of stone, and tar for mortar. 4 Then they said, “Come, let us build ourselves a city, with a tower that reaches to the heavens, so that we may make a name for ourselves; otherwise we will be scattered over the face of the whole earth.”

5 But the Lord came down to see the city and the tower the people were building. 6 The Lord said, “If as one people speaking the same language they have begun to do this, then nothing they plan to do will be impossible for them. 7 Come, let us go down and confuse their language so they will not understand each other.” 8 So the Lord scattered them from there over all the earth, and they stopped building the city. 9 That is why it was called Babel—because there the Lord confused the language of the whole world. From there the Lord scattered them over the face of the whole earth.

The above passage of scripture was written (retrospectively) by Moses during one of two periods when he met with God on Mount Sinai for forty days and nights – Exodus 19-34.

The original ‘single language’ was gifted to Adam and Eve at creation. Genesis 2 v 19-20.

God never sleeps. As the earth rotates in a perpetual cycle of night and day, God listens to millions of prayers every hour of every day. These prayers from all across the earth are multilingual and the correct and only assumption is that God understands every single language. God is omniscient (all knowing); therefore, God did not need to learn any language, rather, He is the creator of all languages.

It is an amazing observation that in all the records of human history, antiquity and archaeology, there is no explanation for the origin and diversity of human language. The bible provides the only historical record and explanation for this phenomenon of human existence.

Whether you study the basics of individual alphabet structures or syntax - the composition of sentences; the most basic research on this subject quickly reveals that every modern attempt to explain the origin of language is based on assumption and speculation. It appears that there is nothing rational, concrete or tangible in all of human literature to account for this phenomenon other than the biblical record.

Excerpt from Wikipedia – origin of languages;
'Modern linguistics did not begin until the late 18th century, and the Romantic or animist theses of Johann Gottfried Herder and Johann Christoph Adelung remained influential well into the 19th century.

The question of language origin seemed inaccessible to methodical approaches, and in 1866 the Linguistic Society of Paris famously banned all discussion of the origin of language, deeming it to be an unanswerable problem.'

With the passing of time and despite developments in modern science and technology; the bible remains relevant today - of course it is - it is the language of our creator God.