The Acts of the Apostles 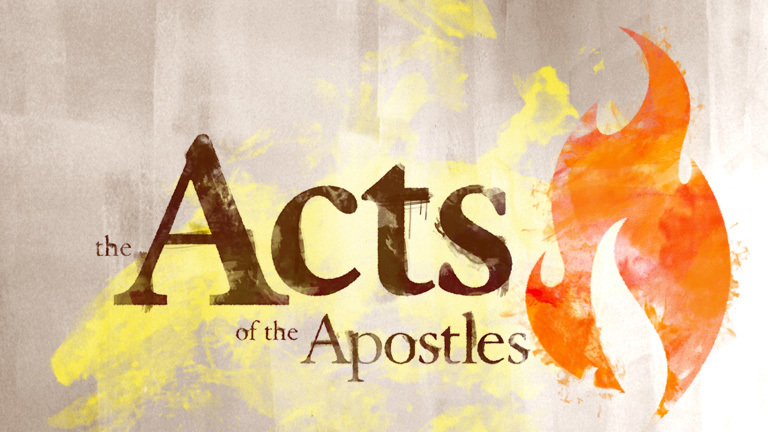 The book of Acts outlines the history of the very early days of the Church. It is the essential historical link between the Gospels and the New Testament Epistles.

When considering how to describe just how the four Gospel accounts are linked to the Epistles, I could think of no better way than to quote verbatim the introduction to the book of Acts by:

“The Acts of the Apostles is one of the most important and influential books of all time. It forms an essential link between the four records of the ministry of Christ, and the documents which interpret that ministry to the world at large.

It begins in the strange and moving afterglow of the Gospels, and the closing events of the divine intervention into the history of mankind.

It shows those who had known and watched that great event emerging from the ordeal which concluded it, filled with a triumphant faith, touched with new power, and realising with exultation the role they had to play, the task they were called upon to undertake, and the message with which they were charged.

The story moves rapidly from episode to episode. It shows the church in birth and being, and in experiment and action, as devoted minds sought after and apprehended truth, shaping policy and purpose in the process.

It reveals the growing vitality of the Christian faith as it outgrew prejudice and limitation. It tells of men, who had known of horizons little wider than those of Palestine, conceiving bold projects of world evangelism, and moving out in the strength of indomitable faith to reach the nations with their story.

As the purpose of the story takes final shape, it tells also of other men, for they were not dead who had misconceived the ministry of Christ and failed to see the truth which lay in centuries of Scripture.

Pride and prejudice, and the preconceptions of nationalism not only attacked the new society, but penetrated it, and sought to confine and to constrict its purpose.

But there was a wider world than that which was hemmed between the desert and the sea with Jerusalem as its proud, hard core.

New personalities appear, singled out by the narrative, as history too, was singling them out, men of two worlds, enriched by the faith of Judaism, but broadened by the Greeks, and with a vision of wider humanity.

Like some great drama which has displayed its hero’s entry until the stage is ready and the atmosphere prepared, the Acts of the Apostles turns to Paul of Tarsus, and the book becomes, as its further chapters unfold, the Acts of Paul.

The story of the great man, human, exciting, valiant, and immeasurably significant, moves to its final climax in the capital of the Empire, as the book concludes.

It seems certain that a sequel was intended, but whether or not some personal catastrophe, preoccupation, or change of purpose prevented its writing, and left the Acts of the Apostles tantalizingly cut short on the eve of Paul’s interview with the ruler of the world, the story is not inappropriately interrupted at that point.

The ministry of Paul was not bounded by the limits of a life. It influenced decisively all European history, and through European history the history of the whole modern world.

Paul’s was the most significant human life ever lived, and when he came to Rome, the purpose for which he had toiled and striven was virtually achieved.

The Acts of the Apostles cut short yet complete, is the story of that consummation. Christ was for the world, and by the faith and courage of one man above all others, that gift was made certain and inalienable. The writer of Acts holds that thought like a jewel of price.

As his story unfolds he employs every art and device of narrative to show that God’s purpose was as wide as his friend envisaged it.

Even before the great figure from Tarsus steps into the story, it is suggested in a dozen ways that something had happened in Palestine of which the world was to hear, and that what had been done there had been done in no corner.

The final sweep of the great story took logical flight from its first beginnings. Vivid, rapid in its movement, sure and purposeful in its brief summary or leisurely report, amazingly evocative of atmosphere, economical of words, but never drab in colour, the book holds its reader from its dedication to the end.

It is only as the last chapter closes that the reader realises whither his mind and heart have been led.

It is a journey from a mysterious and haunted world, from an environment which they only knew who had known Christ, who had seen with eyes amazed the empty tomb, and who had shared the special privilege of the Spirit’s first visitation, on to a world of familiar things where flesh and blood battle with wind and wave, with man-made trial and tyranny, and the perplexities of circumstance.

Somehow the reader feels adequate to move on from here, for this is his world, his task, and the service of his Christ. Perhaps the purpose of a great book is fulfilled if it leaves its reader thus.” 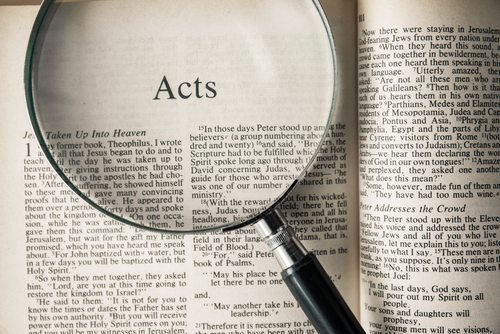 Given the unmistakable significance of this book of Acts, I would like to draw attention to the following subjects which feature in the book;

Church – the fellowship of believers

Persecution – of Christians under Caesar

The Triune God has revealed himself to mankind in the following distinct stages:

Thus God has revealed himself as three persons of a single Godhead. I think of the words penned by Reginald Heber 1783-1826:

Early in the morning our song shall rise to Thee;

1 In the beginning God created the heavens and the earth. 2 Now the earth was formless and empty, darkness was over the surface of the deep, and the Spirit of God was hovering over the waters.

25 “All this I have spoken while still with you. 26 But the Advocate, the Holy Spirit, whom the Father will send in my name, will teach you all things and will remind you of everything I have said to you."

12 “I have much more to say to you, more than you can now bear. 13 But when he, the Spirit of truth, comes, he will guide you into all the truth. He will not speak on his own; he will speak only what he hears, and he will tell you what is yet to come.

14 He will glorify me because it is from me that he will receive what he will make known to you.

15 All that belongs to the Father is mine. That is why I said the Spirit will receive from me what he will make known to you.”

Not the first visit 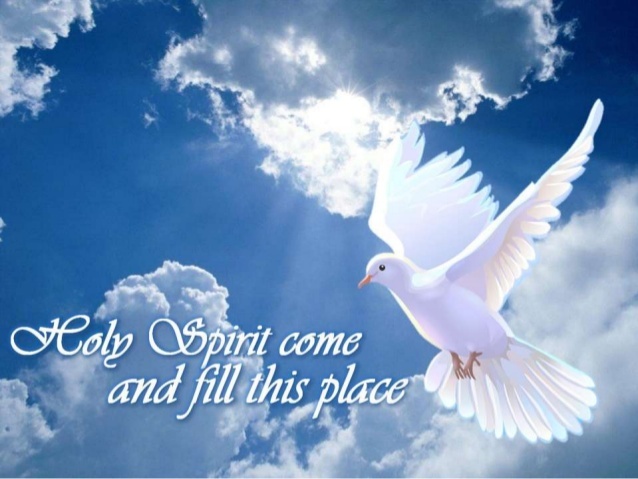 God the Holy Spirit was present and active at creation; he was hovering over the physical waters.

His work is to break through the spiritual darkness and reveal the truth about Jesus the Son of God.

The promised Holy Spirit was poured out, initially on the disciples, and then on the Gentiles too. And so, the church was born. Excitement and anticipation filled the air in Jerusalem; turmoil would ensue.

The story of this Jesus of Nazareth hadn’t - and simply wouldn’t go away.

Powerful miracles would continue to be performed among the people and the disciples could not be silenced. Jesus was alive and the good news of the gospel would spread across the region, not only in Jerusalem and Judea, but across Asia and Europe and beyond.

During the earthly ministry of Christ, God (although he is always omnipresent) was operating only where Christ was present at any given time.

But now a new era was born; God would now operate through the Holy Spirit who would be indwelling every single believer. And so God would be moving and speaking all across the world where there were converts to Christianity.