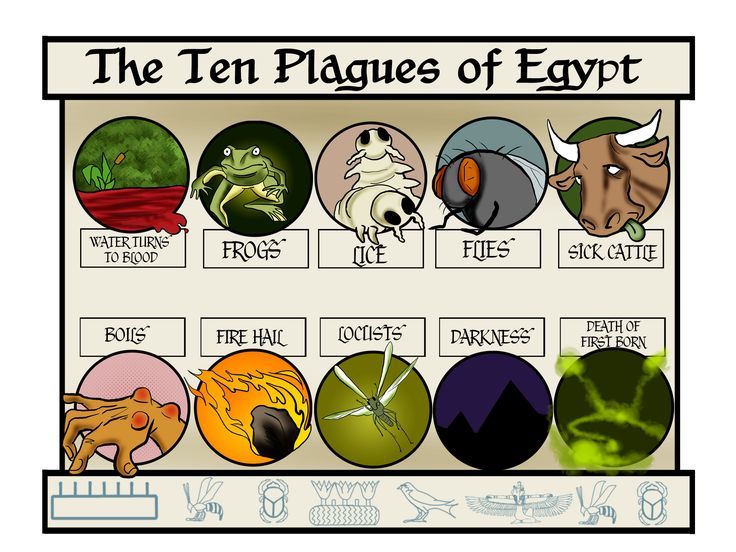 Exodus chapters 3-12 tell the story of how Moses and Aaron appeared before Pharaoh in ongoing dialogue regarding the Lord’s command to let the people of Israel go.

It was only after God’s power and glory were fully revealed to Pharaoh and the Egyptians through the ten plagues that Pharaoh finally yielded and let the people go.

The ten plagues, in the order in which they happened;

The ten plagues unfolded in reasonably quick succession during a period of 12 months or less. This is relatively easy to deduce by following the text in Exodus chapters 7 to 11.

Exodus 7 v 7: Moses was 80 years old when the plagues were announced

Numbers 14 v 33: After the Exodus, the Israelites wandered in the desert for 40 years

The duration of the ten plagues was relatively short – perhaps less than 12 months and clearly demonstrates God’s grace and patience with Pharaoh. Sadly it also demonstrates Pharaoh’s stubbornness in refusing to obey God.

It is interesting to note that five of these ten plagues will be revisited during the Tribulation. The plagues represented by blood, boils, hail, locusts and darkness.

We will discuss this in more detail on the Rapture and Tribulation page - specifically when we look at the three stages of judgment represented by the seven seals, seven trumpets and seven bowls.