And God said, “This is the sign of the covenant I am making between me and you and every living creature with you, a covenant for all generations to come:

I have set my rainbow in the clouds, and it will be the sign of the covenant between me and the earth.

Whenever I bring clouds over the earth and the rainbow appears in the clouds, I will remember my covenant between me and you and all living creatures of every kind.”

God designed earth to be a 24/7 habitation within the solar system. His 'Rainbow Covenant' is perpetual; there is a rainbow somewhere on earth at any given time.

This covenant promise that God made in circa 2344 + BC has been in place for millennia and is still alive today some 4,500 years later. Every day a rainbow has appeared somewhere on earth. God keeps his promises!

And God said, “Let there be an expanse between the waters to separate water from water. So God made the expanse and separated the water under the expanse from the water above it.”

We need to find a satisfactory explanation to this text. The water above the expanse cannot be a reference to clouds. Otherwise, why not just describe these waters as 'clouds', as is the case with later scripture references. It seems that something else is meant by these waters.

This would undoubtedly have protected mankind from ultraviolet rays from the sun and radiation waves from outer space; hence the longevity of the human lifespan in the pre-flood period; this was in excess of nine hundred years in some cases.

See Timeline 1 at the bottom of this page - The Genesis 5 genealogy clearly illustrates the longevity of the human lifespan before the flood.

The Genesis flood should not be relegated to our children’s story books, neither should it be overlooked as just another Old Testament story of antiquity.

The flood was a climate changing, earth shattering event that came about by divine intervention in judgement on mankind because of human rebellion, wickedness and sin.

We have already considered the circumstances surrounding The Fall of Man in Genesis chapter 3. Adam and Eve were placed in the beautiful Garden of Eden with everything that they needed for life and happiness.

More crucially, they enjoyed access to God and fellowship with God on a daily basis. And yet, in spite of their many blessings, Eve was deceived by listening to the voice of Satan and they both deliberately disobeyed the direct command of God.

They both ate fruit from the tree of the knowledge of good and evil. Sin changed everything! Mankind, the animal kingdom and creation itself suffered under the judgement of God.

Life on earth had fundamentally changed for mankind and we are all affected by the original sin of Adam and Eve.

Why was there such a catastrophic universal flood? Perhaps the account of the flood as recorded in the book of Genesis provides the answer.

1 But God remembered Noah and all the wild animals and the livestock that were with him in the ark, and he sent a wind over the earth, and the waters receded. 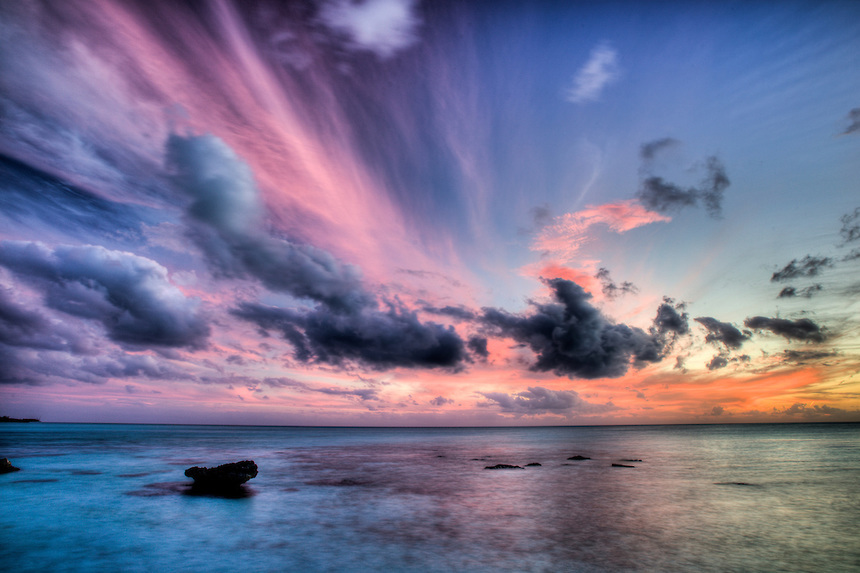 This is the first mention of 'wind' in the bible. The next two references to 'wind' are interesting.

Exodus 10 v 13 & 19, talks about an East wind and a 'very strong' West wind. God generated these two winds during the Ten Plagues in Egypt. The East wind brought the locusts and then the strong West wind expelled them to the Red Sea.

Can you picture in your mind how the earth's atmosphere and weather systems may have been affected by the flood as a result of the changes to earth's stratosphere?

Exodus 14 v 21-22, talks about how God made a pathway through the Red Sea as an escape route for the Children of Israel following the Exodus. This time God generated a 'strong East wind'. Read this:

21 Then Moses stretched out his hand over the sea, and all that night the Lord drove the sea back with a strong east wind and turned it into dry land. The waters were divided, 22 and the Israelites went through the sea on dry ground, with a wall of water on their right and on their left.

Perhaps these first references to 'wind' in the bible support the idea that the flood was a universal deluge that changed the topography and climate on earth.

The book of Job

The book of Job is deemed by the majority of scholars to be the oldest book in the bible, thus pre-dating the writings of Moses - the Pentateuch.

Scholars have struggled to place the life of Job in it's correct place within bible history. My suggestion is that Job could have lived during Israel's 400 years of slavery in Egypt. Obviously Job lived outside Egypt, probably in Canaan or Mesopotamia.

This opinion is based on the following observations:

1. This time fits with the early dating of the book - before Moses.

2. It fits with the common opinion that Job is post-flood as there are no known writings that predate the flood.

3. There is no mention of the Law or the Tabernacle in the book of Job, because these were not instituted until after the Exodus.

4. It fits with Job 1 v 8, when God said to Satan, "Have you considered my servant Job? There is no one on earth like him..." This time fits after Abraham, Isaac and Jacob, and it is before Moses.

During the 400 years of slavery in Egypt there are no named Patriarchs or Prophets in Israel. There are names listed in the genealogies of Matthew 1 and Luke 3, but these are simply records of the names. There are no details of the lives during the years of slavery. Therefore, the above statement about Job also supports this idea.

There are two references to 'clouds' in the book of Job. At first it seemed that these references were made in connection to the original creation and this did give me some concern regarding the suggestion that clouds and rain were features of our weather after the flood.

However, on reflection, it seems that these references are made in connection with the earth after the flood took place. As such, these would therefore support the claim that there were no clouds or rain before the flood.

5 He moves mountains without their knowing it and overturns them in his anger. 6 He shakes the earth from its place and makes its pillars tremble.

The verse above could well describe the earth shattering movements that were the catalyst to the opening of the 'springs of the deep' at the start of the flood. Incidentally, this would offer a reasonable explanation for the devastation of what was the pre-flood 'underground irrigation system' that watered the surface of the ground.

25 When he established the force of the wind and measured out the waters, 26 when he made a decree for the rain and a path for the thunderstorm, 27 then he looked at wisdom and appraised it; he confirmed it and tested it. 28 And he said to the human race, “The fear of the Lord—that is wisdom, and to shun evil is understanding.”

At first glance this text could be understood as a description of creation, until we read that it is relayed to the human race. The context of the above verse is in connection with the fear of the Lord - perhaps at the time of the Flood.

This would suggest that these events were post flood, and if so, support the idea that there may have been no clouds or rain before the flood.