9 See, the day of the Lord is coming - a cruel day, with wrath and fierce anger - to make the land desolate and destroy the sinners within it. 10 The stars of heaven and their constellations will not show their light. The rising sun will be darkened and the moon will not give its light.

11 I will punish the world for its evil, the wicked for their sins. I will put an end to the arrogance of the haughty and will humble the pride of the ruthless. 12 I will make people scarcer than pure gold, more rare than the gold of Ophir.

13 Therefore I will make the heavens tremble; and the earth will shake from its place at the wrath of the Lord Almighty, in the day of his burning anger.

The Tribulation is a seven year period when God will judge this world and its inhabitants for all the sin and rebellion that has been demonstrated by mankind since the fall of man in the Garden of Eden.

We have already pointed out in ‘the thread’ that in every extended age on earth; mankind has been in stubborn rebellion against the laws of God.

Whether we think of homicide, genocide, war, greed, adultery, homosexuality, same sex partnerships, drug abuse, theft, lies, gossip, hatred, spite, envy or any other manifestation of sin; God is going to judge this world and the people in it.

It is as simple as this; those who have refused to repent of their sins, who have rejected Christ and his free gift of salvation, will come under the dreadful judgement of God.

After the Rapture it will only be a matter of time until the judgement of God begins to unfold. I say unfold because the period of the Tribulation will literally unfold a series of escalating judgments on mankind.

In the early part of 2020, the entire world has been disrupted with the COVID-19 virus. The death toll across the world - East and West – has been and will be devastating.

Out of respect and sympathy for the many thousands of people who have been affected by the pandemic, I say with a strong sense of caution; that whilst COVID-19 has been recognised as the greatest threat to humanity since WW2, it will prove to be miniscule in comparison to the dreadful events that will unfold during the Tribulation.

21 For then there will be great distress, unequalled from the beginning of the world until now—and never to be equalled again.

The promised Blessing for those who read this book

1 The revelation from Jesus Christ, which God gave him to show his servants what must soon take place. He made it known by sending his angel to his servant John, 2 who testifies to everything he saw—that is, the word of God and the testimony of Jesus Christ.

3 Blessed is the one who reads aloud the words of this prophecy, and blessed are those who hear it and take to heart what is written in it, because the time is near.

Look, I am coming soon! Blessed is the one who keeps the words of the prophecy written in this scroll. 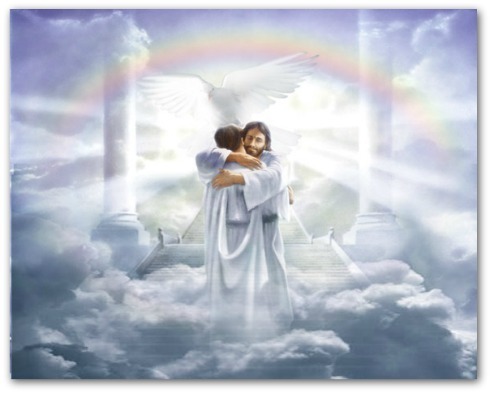 Revelation - Believe and be blessed

At the beginning and end of the book of Revelation, there is a promise from God that those who read these words and those who hear the words of this prophecy and who take to heart what is written - will be blessed.

Jesus replied, “Very truly I tell you, no one can see the kingdom of God unless they are born again.”

16 For God so loved the world that he gave his one and only Son, that whoever believes in him shall not perish but have eternal life.

18 Whoever believes in him is not condemned, but whoever does not believe stands condemned already because they have not believed in the name of God’s one and only Son.

19 This is the verdict: Light has come into the world, but people loved darkness instead of light because their deeds were evil.

The greatest blessing in this life is to receive God’s free gift of salvation and to have your name written in the Lamb’s book of life. Right here, right now, you dear reader can bow on your knees and repent of your sins and simply accept Jesus Christ as Saviour and Lord of your life. 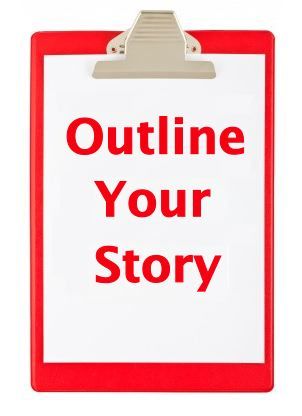 To understand what happens in the Tribulation we need to conduct a brief survey of the book of Revelation. The prudent way to do this is to make a brief outline of the contents as follows.

Christ is central in Revelation

The message to the seven churches

The Millennium and the Final Judgement

The new heaven and the new earth

The River of Life and Eternity

The Tribulation – 3 Stages of Judgment

The Tribulation is outlined in detail in Revelation 6 v 1 to chapter 19 v 10.

It unfolds through three successive stages of judgements as outlined below.

Stage 3 - The Seven Bowls of Wrath

The Scroll and the Lamb – Who is worthy to open the seals?

In the first century, when the book of Revelation was written, there were no books as such in the form that we have books today; i.e. hard back and paper back.

Paper scrolls were used to communicate written messages and they were often sealed with wax to protect the contents, in much the same way as we would use a sealed envelope for privacy.

Before we can start to unwrap the details of these three stages of judgement, we need to find someone who was entitled or 'worthy' to break the seals and open the scroll which contained the details of the judgments.

1 Then I saw in the right hand of him who sat on the throne a scroll with writing on both sides and sealed with seven seals. 2 And I saw a mighty angel proclaiming in a loud voice, “Who is worthy to break the seals and open the scroll?”

3 But no one in heaven or on earth or under the earth could open the scroll or even look inside it.

4 I wept and wept because no one was found who was worthy to open the scroll or look inside. 5 Then one of the elders said to me,

11 Then I looked and heard the voice of many angels, numbering thousands upon thousands, and ten thousand times ten thousand. They encircled the throne and the living creatures and the elders. 12 In a loud voice they were saying:

“Worthy is the Lamb, who was slain, to receive power and wealth and wisdom and strength and honour and glory and praise!”

13 Then I heard every creature in heaven and on earth and under the earth and on the sea, and all that is in them, saying:

“To him who sits on the throne and to the Lamb be praise and honour and glory and power, for ever and ever!”

14 The four living creatures said, “Amen,” and the elders fell down and worshiped.

This passage sets the scene for the Tribulation. Jesus is the Lamb of God and he alone is worthy to take the judgement scroll and to open the seven seals.

He is worthy because he came to earth as a man and offered himself up to God as a sacrifice for the sins of the world.

His sacrifice was acceptable in God’s sight because he was the only man who ever walked on this earth and committed no sin. Not only did he not sin; he positively pleased God in every aspect of his person and life.

We have already highlighted on the ‘Coming of Christ’ page, how God publicly declared that Jesus was his Son and that he was pleased with him. Worthy is the Lamb who was slain, Hallelujah!

The question of what has to be taken literally and what is symbolic rises in every chapter.

The golden rule is this:

"When LITERAL sense makes GOOD sense, then seek no OTHER sense, lest you end up with NONSENSE."

This is the guiding principle that has been used throughout these pages on the Tribulation.

Now we shall focus on the three stages of judgment; Seven Seals, Seven Trumpets and Seven Bowls of wrath.

This is the time of the final empire as depicted in the giant statue from Nebuchadnezzar's dream in Daniel chapter 2. See link below.

« Previous Page The Rapture Next Page » Stage 1 - The Seven Seals