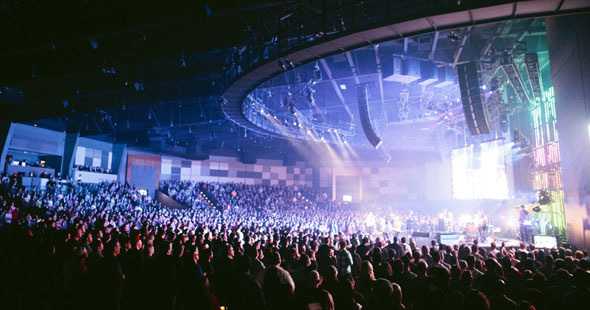 First and foremost, we must point out that if the Reformation had not taken place, there would be no modern day church; not as we know it today anyway. Not only so, but the history of Europe, the UK and Ireland would be a different read.

For the purpose of this study we will focus on two general meanings of church;

We will take this to mean; the universal church organisation as a structure, including all denominations.

The Roman Catholic Church will be treated as a separate entity. It is fair comment to say that the Catholic Church (in contrast to the fragmented Protestant Church with all its denominations) has remained relatively unchanged in its clerical structure in the last 500 years.

Some will see this as a great strength and others will see, in this, the firm grip and control of the hierarchy in Rome.

The universal uniformity of the Catholic Church however, is undeniably impressive. Such is the control exercised from Rome.

The following dates represent the origin of the various protestant denominations:

The Church of the Nazarene AD 1907

The latest phenomenon in the modern church is that all across Australia, America and the UK we see 'independent' or 'non denominational' churches, springing up in almost every major town and city.

These churches are usually formed through small groups or individuals breaking away from a more traditional church and starting up a new ‘independent’ church.

These independent churches often start up in homes or small warehouse type buildings. Through time, these churches grow numerically and eventually have the financial resources to build more permanent buildings with facilities to expand their particular style of ministry.

Often these independent churches style themselves in such a way that they almost create a brand. The overwhelming impression is that an unstoppable and vibrant witness is being established in every major town and city across the Western World! The church is alive!

Often, with this kind of church, Sunday mornings are the main focus for worship, whereas home group styled meetings are formed to accommodate a more intimate platform for fellowship, bible study, prayer and accountability.

Some of these independent churches eventually grow to have very large congregations with dynamic praise and worship and very commendable bible teaching programmes. The message of the gospel from the first century is being communicated to real people with real issues in the modern age.

The main advantage seems to be the attraction of large groups of otherwise ‘unchurched’ people being drawn to church where they can see Christianity being 'lived out' in people’s lives. If this creates a platform for unsaved people to hear the gospel; brilliant!

There are many wonderful examples of this new phenomenon and it is encouraging and exciting to see God moving in this way in an age where most people don't want anything to do with God.

In my own research into the Modern Day Church, I found that there is a solid platform of common ground - core truth - which does actually unify these churches.

When you examine the multitude of websites under 'Evangelical Church', you will find that the 'What we believe' or 'Statement of faith' tabs reveal an impressive core of truth that all the various independent churches hold as the foundation of their ministry.

This core truth will usually include the following elements:

1. There is one true God - Father, Son and Holy Spirit.

2. The bible is the inspired word of God.

3. The Lord Jesus is God the Son. He died to save mankind.

4. The Holy Spirit indwells believers and is active in and through the church.

5. The church has a responsibility to reach out to the lost.

6. Jesus is coming soon to take the church to Heaven.

Despite the great progress of the church in the modern age, there is a possible down-side to this new phenomenon. It is that these independent churches tend to stand isolated from all other churches and this in itself appears to be contradictory to the New Testament pattern.

There are several examples in the New Testament where Paul encouraged the reading of letters addressed to certain churches to be shared with other churches; they were clearly not meant to be autonomous in that respect.

For example; the seven churches in Asia as depicted in Revelation chapters 2 & 3, were associated with other churches or assemblies in the region. The churches at Philippi and Colossi also bear witness to this principle - Philippians 4 v 16 & Colossians 4 v 16.

The local church was never intended to be an 'individual entity'; it was supposed to be identified with the church as a whole. Autonomy was intended for the appointment of Elders and Deacons at a local level, thereby making local church leaders accountable before God.

From an external viewpoint 'the big church' can look good and can attract large numbers to attend and join as 'members', however, if church growth is primarily the result of the migration of Christians from other churches, this ought to be a point of concern.

The real test of actual church growth as depicted in the book of Acts was measured by people 'repenting' from sin and getting saved. The migration of disillusioned Christians from other church denominations is not a true sign of growth. 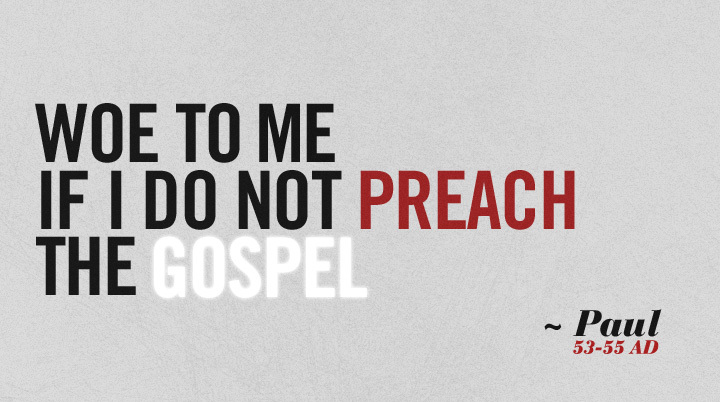 On the subject of the modern trend of 'lifestyle evangelism' substituting the 'preaching of the gospel', I would like to Quote the following warning issued by:

"Another reason for the significance attached to eschatology is that it is an indispensable concomitant of a normal Christian walk and service. As in former times, much is heard in religious circles these days of the great task of bringing in the kingdom that lies before the church."

"Such energy is misdirected and were better utilised along lines consonant with the eternal purposes of God in Christ Jesus for this present age. Others are labouring in the church to make the world a better place in which to live, to mitigate as far as possible the line of cleavage and separation between the church and the world."

"The result is a satanic social gospel and a situation in which the church is to be found in the world and the world in the church. Eschatology furnishes the answer to the question as to the work of the believer in this age. But there is more than that. A knowledge of prophecy, particularly of the imminent return of our Lord, is conducive to a proper Christian walk."

"Values are seen in their relative importance. There is not a dissipating of purpose and energy between the things of this world and those of heaven. A wise teacher once attributed the suffering and misery of man to the fact that he has one foot in the finite and one in the infinite, with the result that he is torn asunder, not by four horses as in olden times, but between two worlds."

"Many Christians are attempting to walk with Christ while they consort with the world. The cause is often to be found in their utter lack of knowledge of prophetic things, the knowledge of which would have a strong tendency, to say the least, to draw their eyes from the things of this world and fix them upon Christ and His future purposes."

A re-focus is required

What a perspective on biblical prophecy! The above view is dramatically endorsed in the rebuke to the Church of Laodicea. Prophetically speaking, we in the modern day church are a part of the Laodicean church. Listen to this;

14 “To the angel of the church in Laodicea write: These are the words of the Amen, the faithful and true witness, the ruler of God’s creation. 15 I know your deeds, that you are neither cold nor hot. I wish you were either one or the other!

16 So, because you are lukewarm - neither hot nor cold - I am about to spit you out of my mouth.17 You say, ‘I am rich; I have acquired wealth and do not need a thing.’ But you do not realize that you are wretched, pitiful, poor, blind and naked.

18 I counsel you to buy from me gold refined in the fire, so you can become rich; and white clothes to wear, so you can cover your shameful nakedness; and salve to put on your eyes, so you can see.

There can be little doubt that as the modern church has evolved, a specific area of attack by Satan has been to prevent the preaching of the gospel.

The Brethren Assemblies maintain their simple and traditional form of worship and church practice. As far as I can see, the assemblies are a fairly close match - in principle - to the simplicity of the early church as seen in the book of Acts.

'The priesthood of believers' is practiced. This is where brethren in the local assembly take part in the Sunday morning 'breaking of bread' service. Men will select a hymn to sing, pray or teach from the scriptures. Someone will give thanks for the bread and wine of communion. On Sunday evenings, the gospel is faithfully preached.

Today it is sad to witness the widespread decline of 'The Gospel Hall'. Many young people and young families have migrated from the Brethren Assemblies to these 'Independent Churches' which offer lively worship with accompanying music, often including drums and guitars, they have vibrant youth ministries and 'home groups'.

There are of course many other examples such as Baptist, Elim, Presbyterian and Independent styled churches which also mirror some of these New Testament principles. These churches may well be viewed as 'fragmented', but they also have much in common.

The Brethren Assemblies preach the gospel faithfully every week, but very few unsaved people come out to the meeting to listen. Sadly, in some parts of the country, many of the Gospel Halls that once thrived are now struggling to maintain a vibrant witness.

In contrast to this, many of these larger Independent Churches have the 'big audience', several hundred people can be present in these services, but sadly the gospel is not preached as it was during the Reformation and the Great Awakenings. There are many modern churches that no longer have 'gospel meetings' where the point of emphasis is 'preaching the gospel'.

16 For I am not ashamed of the gospel, because it is the power of God that brings salvation to everyone who believes: first to the Jew, then to the Gentile

15 And how can anyone preach unless they are sent? As it is written: “How beautiful are the feet of those who bring good news!"

21 For since in the wisdom of God the world through its wisdom did not know him, God was pleased through the foolishness of what was preached to save those who believe.

22 Jews demand signs and Greeks look for wisdom, 23 but we preach Christ crucified: a stumbling block to Jews and foolishness to Gentiles, 24 but to those whom God has called, both Jews and Greeks, Christ the power of God and the wisdom of God.

There is something special about the simplicity of 'preaching the gospel'.

Think of our heritage that stemmed from the Reformation and the Great Awakenings of the last few hundred years.

During these times of revival, God used men who were awakened by his word and filled with the Holy Spirit; they 'preached the gospel' with Godly passion, deep conviction and fiery unction. People got saved!

Sadly, the modern day church has many issues to deal with. Setting these issues aside, it is nonetheless wonderful to see many independent churches thrive and grow in their witness some 2000 years since the gospel had been embraced by the gentiles.

The early church was intended to be united in Christ as it spread across Judea and Asia into Europe. Here we are today and the church is still a feature of modern day life.